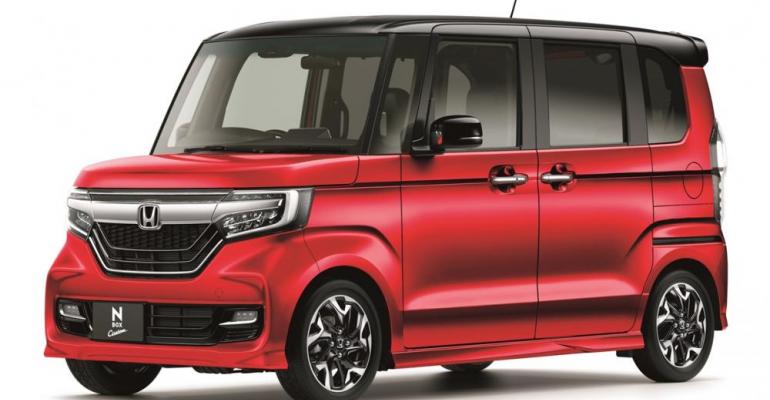 Mini-Car Sales Up in Japan in 2018, Bigger Vehicles Down

TOKYO – The Japanese auto market grew marginally in 2018 on the strength of so-called mini-vehicles, according to the Japan Automobile Dealers Assn. and Japan Mini Vehicles Assn. statistics.

Moreover, seven of the 10 top-selling models during the year were minis including the top four, all boxy passenger vans: Honda’s N-Box, Suzuki’s Spacia, Nissan’s Dayz and Daihatsu’s Tanto.

Including Lexus, Daihatsu and Hino, the latter two wholly owned subsidiaries, the former its luxury brand, Toyota sold 2,281,335 units in 2018. It sold only 37,568 minis, all produced by Daihatsu.

Daihatsu was the leading mini brand on sales of 611,569 units, ahead of longtime market leader Suzuki, which sold 586,867.

In addition to making minis for Toyota, Daihatsu produces them for Subaru. Suzuki makes minis for Mazda. Mitsubishi and Nissan produce them jointly. Honda, whose N-Box mini-car was the runaway leader among all models with 241,870 deliveries, operates independently.

Lexus sales grew to 55,096 units in 2018, an all-time high and making Lexus Japan’s second-largest luxury brand behind Mercedes while passing both BMW and Audi.