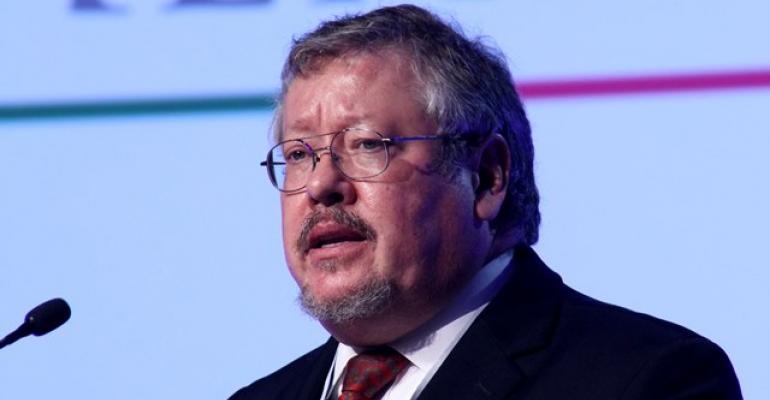 Recent high-profile automotive OEM and supplier investments are propelling Mexico into the big leagues as a global vehicle producer.

Among those recently announcing Mexican manufacturing investments are BMW, Nissan, Hyundai/Kia, Audi/VW, Toyota, Nissan and General Motors. Tier 1 suppliers expanding in Mexico include Jatco, Bosch and many others, Ostermann says.

He and other speakers underscore there will be major opportunities for lower-level suppliers to establish Mexican operations if they can meet OEM and Tier-1 expectations.

The case for Mexico was made by Manuel Morales, consul at Mexico’s Detroit consulate. “We’ve tried to copy the Asian tigers (such as Thailand and South Korea) by opening up our economy and entering the trade world,” he says.

Mexico historically has been widely considered a poor country with low education standards and loaded with debt and government ownership of key industries such as oil, Morales says.

Now, he says, “No deficit is allowed and inflation today is under control. Our average education was three years, but now we’re up to 10 years and we are graduating more engineers. And we have changed the structure of our economy.”
Although “Made in Mexico” may stir nationalistic fervor, Morales says it’s more important to boast “Made in North America.”

“We don’t want to compete just on cheap labor. Don’t forget, everything (vehicles) we export has 40% U.S. content.”

As Mexico’s wages increase and more people rise into the middle class, Morales predicts annual vehicle sales will double from 1 million now within the next five to 10 years. “The American dream of a home and car is starting to happen in Mexico,” he says.

Still, today’s Mexican auto workers represent a bargain. They earn an average $5 per hour compared with $27 in the U.S.