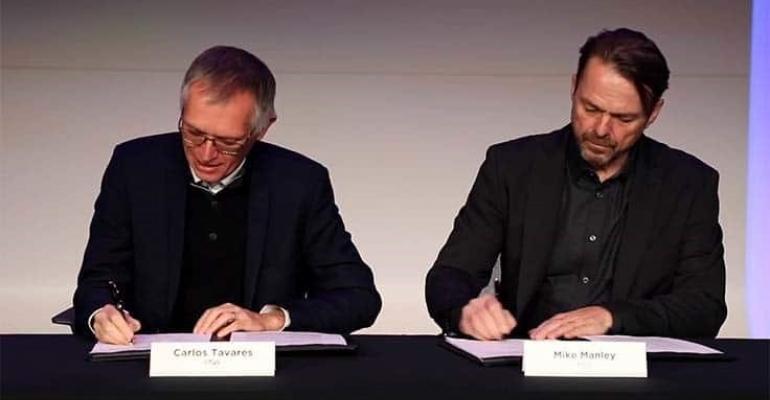 Merger With PSA Could Bolster FCA in Russia

FCA’s Jeep brand is well-established in Russia. But the merger with PSA, whose brands include Peugeot, Citroen and Opel, would bring FCA within PSA’s broader distribution network and marketing reach.

FCA’s Jeep brand is well-established in Russia. But the merger with PSA, comprising the Peugeot, Citroen, DS, Opel and Vauxhall brands, would bring FCA within PSA’s broader distribution network and marketing reach.

The merger could allow FCA to make further inroads into a market largely forgone by U.S. rivals General Motors and Ford by growing the Chrysler and Dodge brands. Currently FCA sells only a handful of Chrysler Pacifica and Dodge Challenger models in Russia.

PSA's best-selling models in Russia are the Citroen C4 and Peugeot 408. PSA sales totaled 7,991 in 2019, down 13.4% from prior year, according to Wards Intelligence data.

The top-selling Fiat models in Russia include Ducato vans and Fullback pickups.

As has happened almost across the board in the Russia market, FCA and PSA sales have backslid this year among ongoing economic difficulties compounded by the coronavirus pandemic. FCA and PSA sales through May were down 26.9% and 17.2% year-on-year, respectively, Wards data shows.

But industry observers say FCA is looking to improve its 0.5% market share as the economy recovers from the pandemic and Russian buyers express their affinity for U.S. cars.

PSA and FCA already produce small vans under a 50-50 joint venture, and European Union antitrust regulators reportedly are concerned about the automakers’ combined 34% share of that segment. Russia already has green-lighted the merger, which would create one of the world’s largest automakers.