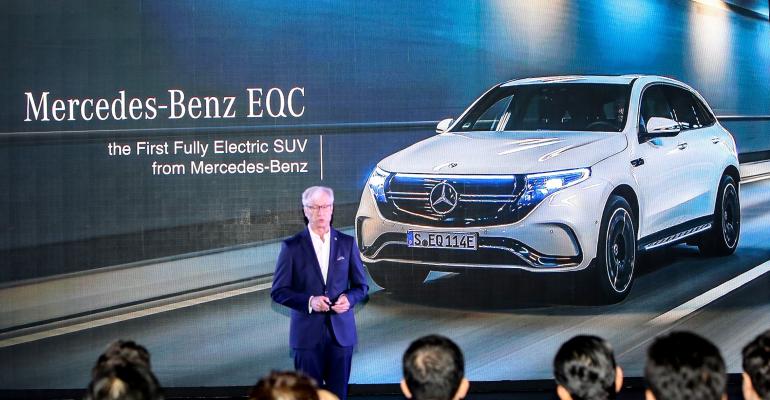 The automaker’s EV push begins in earnest with the debut of the EQC, a battery-electric SUV, at next month’s Bangkok auto show.

BANGKOK – Mercedes-Benz is bullish on future growth in Thailand and the ASEAN region and now is focusing on electrification, the automaker’s top executive in the country says.

Mercedes is the dominant brand in Thailand’s luxury car segment with a near-50% share. Last year, however, the market was almost flat.

“Fifteen thousand (units sold in 2019) is a slight reduction from the previous year but close enough to take it on the same level,” Roland Folger (below, left), president and CEO of Mercedes-Benz Thailand, says at a news conference.

Growth in the luxury segment last year came not from established brands Mercedes and BMW but from newcomers Audi and Volvo, he says. “Overall, we can be happy.”

Folger is upbeat about 2020, saying he is confident about growth in Thailand and ASEAN.

He sees sales being driven by the “growing of the middle and upper middle segment people.

We don’t see worldwide (that) we are going to suffer, but there will be hiccups.”

The U.S.-China trade war could prove to have a silver lining for ASEAN, Folger says. “We believe strongly Southeast Asia can have higher potential…(it’s a) bigger beneficiary of the trade war as it would be a buffer zone.” He believes companies could move out of China and into Vietnam to reduce the risk of U.S. tariffs.

Folger says ASEAN “could be a powerhouse” experiencing the strongest growth in the world, thanks to its geographical location and relatively low labor costs.

“We still believe Thailand can have over-average growth,” he says. “Thailand is a hub, and if we can add electrification Thailand can further develop its hub role.”

Mercedes is banking its future in Thailand on electrified vehicles. EVs are particularly relevant as Thailand is in the grip of very poor air quality, a daily topic of headline news. “50% of Bangkok air pollution is from transport,” Folger notes.

Mercedes’s plug-in hybrid-electric models have had success in Thailand, where the ratio of PHEVs to overall sales is the second highest in the world, the automaker claims.

The EV push begins in earnest with the debut of the EQC, a battery-electric SUV, at next month’s Bangkok auto show.

“Next year we will start with our own production (of EQC locally),” Folger says. In the meantime, Mercedes is haggling with the Thailand Board of Investment to import 250 completely built-up (CBU) models, which he says would provide “enough volume to start our internal process.” The board is believed to be offering no more than 50 units.

Because EV technology is expensive, “we wouldn’t find customers” for CBUs with import duties at current levels, Folger says. Under the bridging strategy, he says, Mercedes can sell CBUs at prices similar to complete knocked-down (CKD) units. 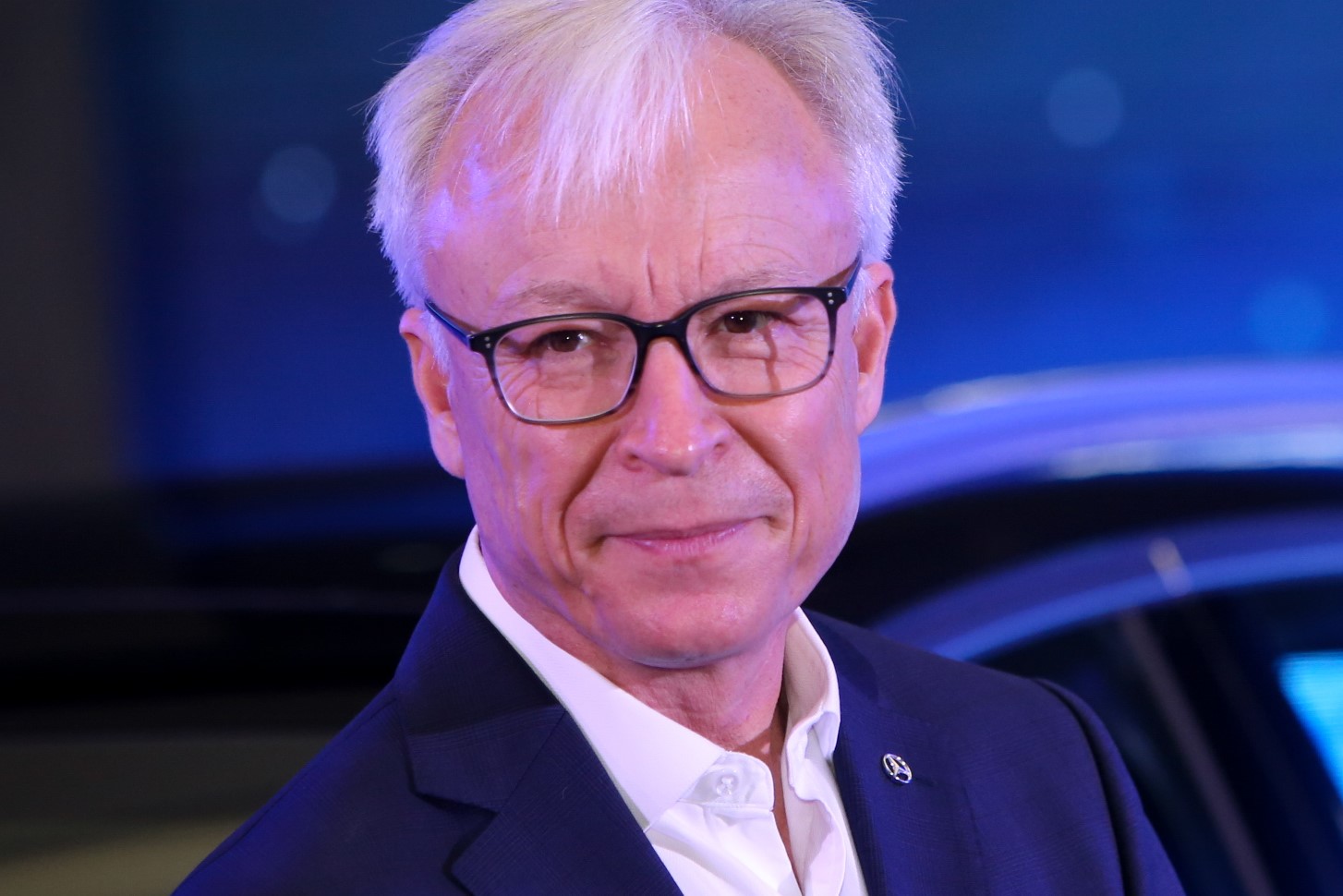 Folger contends the sooner the automaker can start selling EVs, the sooner the transition period will get under way. CBU models will “accelerate acceptance from customers,” he says, adding that a year could be lost if they have to wait for CKD models to become available.

Folger also points out the “large investment if you want to become an EQC dealer,” so the EV rollout will be focused.

“Dealers have a significant challenge,” he says. “We’re supporting them with training. In the beginning we will have only a few dealers and probably only in Bangkok. We want to grow volumes from a few dealers. We are very concerned about profitability of dealers.”

Mercedes also wants the EV transition process to start as soon as possible because a big learning curve is involved. “It’s not something we can claim to know a lot about the market,” Folger says. “We need to learn more about customer patterns.”

He acknowledges the lack of charging stations and cites the need for “a complete ecosystem.”