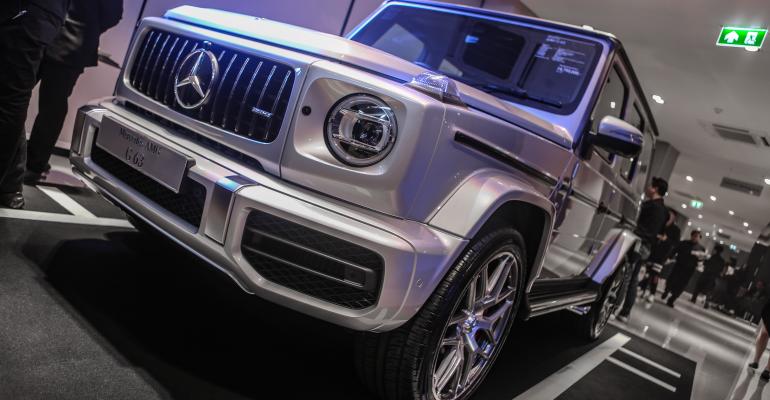 The dedicated AMG Performance Center showroom area has a high-end feel with unique features and graphics.

BANGKOK – Mercedes-Benz Thailand takes the rollout of its AMG performance division to the next level with the inauguration of the first AMG Performance Center, a strategy it expects will lead to an eventual doubling of sales.

The center is at the Benz BKK Autohaus dealership in western Bangkok.

Mercedes is Thailand’s premium-segment leader, and with 15,787 sales in 2018, it took a near 50% share. It’s led the segment for 18 years. It has 32 dealers (four more to be added this year) and a reputation for quality and service.

Growth has been stronger than expected since AMG launched, Roland Folger, president-Mercedes-Benz Thailand, says on the sidelines of the inauguration ceremony.

That growth is continuing as AMG sales were up 79% in the first quarter from like-2018.

The model rollout has been accelerating: four in 2017, six more in 2018 and another 12 are being added this year. Several are being assembled here from complete-knocked-down kits. That strengthens enticements to dealers to invest in the Performance Center concept.

Folger says the new approach has been well received. “Most dealers are in agreement, so this is just the beginning,” he says.

The Performance Center concept was an early component of the AMG launch plan. “One and a half to two years ago (we decided) that this is the new direction we wanted to take, (to) have a change of direction,” Folger says. “We wanted (it) so only fully certified AMG dealers can sell the cars.”

It’s a significant spend. The dedicated showroom area (below, left) has a high-end feel with unique features and graphics. There are several options for the dealers to choose from.

“It depends on the dealer and how much they want to invest,” says Folger. “What we have is a minimum requirement of the materials used, that they have a certain minimum space they reserve for the vehicles. We would like them to also cover the surface with a specific racing surface and basically put markings down there. And (a) requirement from our side is that they have specific training for their people on the sales side.”

Most dealers are expected to sign up for the Performance Center concept.

With the range and recognition AMG already has here, Folger says Mercedes-Benz Thailand’s “overall expectation” is that this new strategy will at least double sales.

“We strongly believe that there is a large group of customers in the Thai market, especially in Bangkok, that have a heart, have the blood for higher-performance cars,” Folger says. “And to combine that with a brand like Mercedes that is known for its reliability and premium service, that is naturally everybody’s dream, because if you drive any other car you have one workshop in Bangkok and maybe another in Chiang Mai and that’s about it.”

The Performance Center theme is a proven international template, so there won’t be any local trial-and-error approach.

“It’s a similar concept, we didn’t invent something specifically for Thailand,” Folger says.

Indeed, Mercedes is strongly supporting the concept by loaning some of the premium-end vehicles shown at the launch.

While Mercedes has a more traditional image and core appeal to older buyers in Thailand, adding AMG in effect gives dealers two brands that resonate with different demographics under one roof. 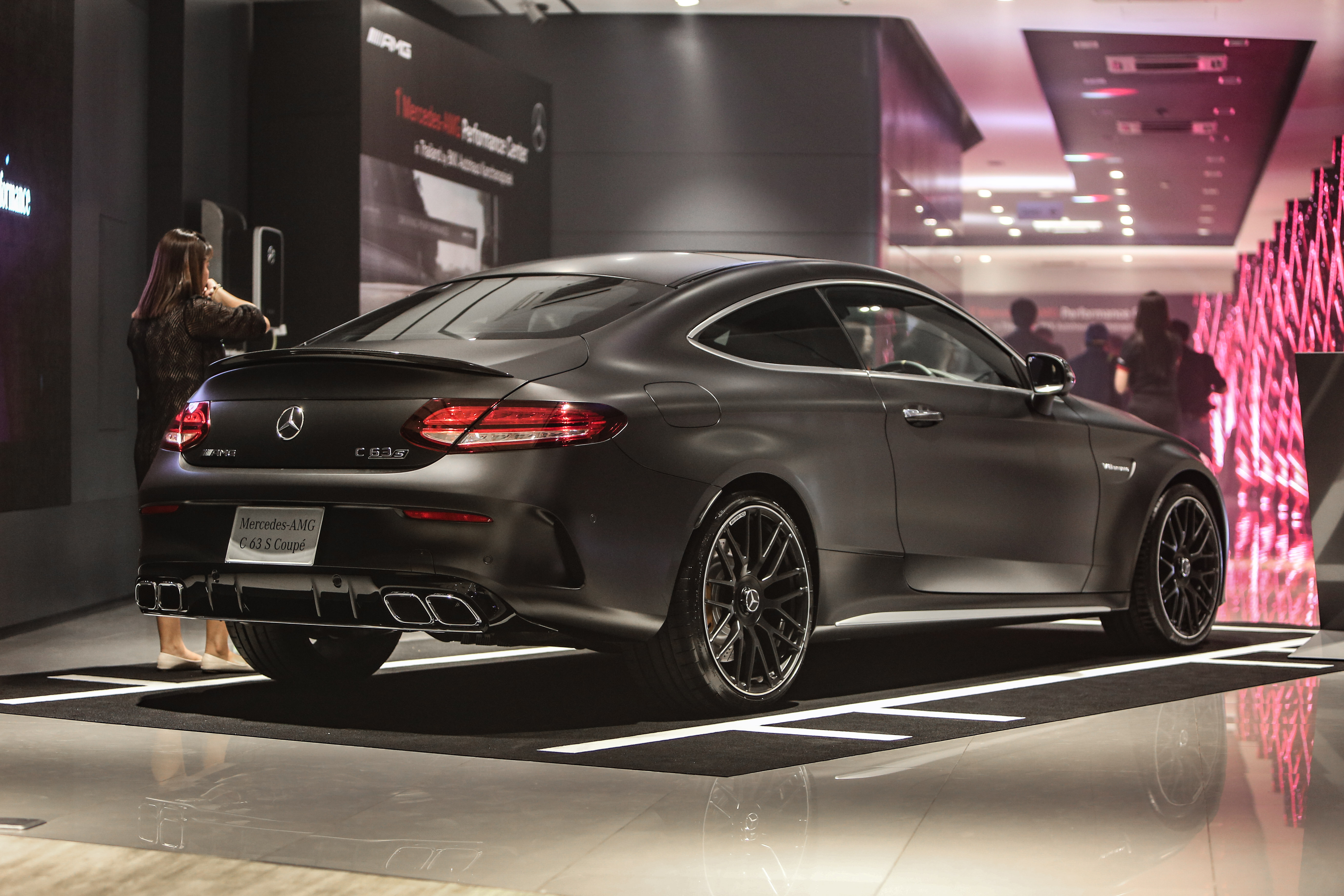 AMG is pulling in new buyers – and younger ones.

“So far it’s just an extension of the (Mercedes-Benz) brand, but what we have seen in comparison to other countries (is that) we have been able to significantly reduce the average age of our customers,” Folger says. “Because with AMG we reach out to a much, much younger and sportier clientele as well.”

The premium segment has outperformed the overall Thai market this year, which has slowed on the back of inconclusive elections in March that resulted in a weak coalition government. However, Folger is confident growth will continue.

“If we compare ourselves with the growth we had in the previous years, it looks like we will be able to continue just along the lines as well” this year, he says. “It doesn’t mean it might be as easy as it used to be. It means we have to put a lot more effort into it, but I think that’s good for us because it makes us more customer-oriented and more customer-focused.”