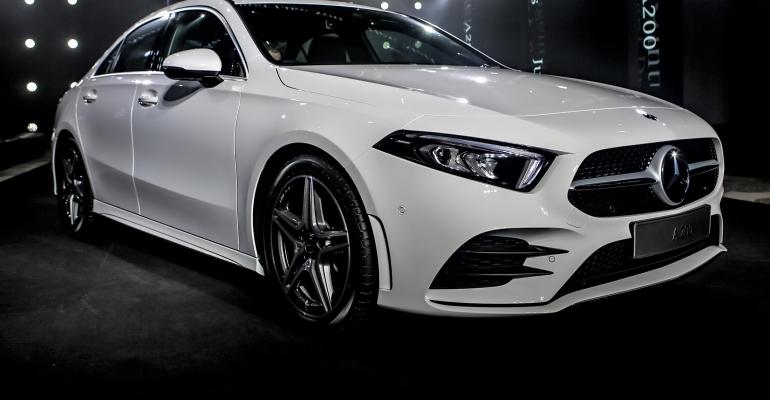 Sedans are popular with Thai buyers, and the new A-Class currently is the sole sedan in the compact premium segment. BMW only sells the 1-Series in 5-door hatchback specification while Audi doesn’t import the A3.

Initially, it will be available only in one specification level, the A200 in AMG Dynamic trim, equipped with a 1.3L 4-cyl. in a market that favors bigger engines.

Shipped to Thailand as completely built-up units, the new Mercedes is priced at TB2.49 million ($81,400). Sales are expected to rise when Mercedes begins assembling the sedan locally from complete knocked-down units and it no longer is tagged with import duties.

Mercedes, however, says it’s already filling orders from customers paying a premium for CBU models because they’re seen as having better build quality and, as imports, convey higher status.

Sedans are popular with Thai buyers, and the new A-Class currently is the sole sedan in the compact premium segment. BMW only sells the 1-Series in 5-door hatchback specification while Audi doesn’t import the A3.

Mercedes-Benz Thailand President and CEO Roland Folger believes the A-Class has been a game-changer for the brand worldwide. He’s banking on it being the same story here as the automaker focuses on growing demand from younger buyers for premium-segment cars.

Mercedes wants to shed its somewhat staid image here, and the arrival of the new A-Class is core to that objective.

“It’s a new narrative,” he says. “A new asset of what this brand can do for potential customers out there. It basically shows that this is not a brand anymore (just) for the sedate elderly successful businessman.”

It’s the first car in Thailand to come with the Mercedes-Benz User Experience infotainment system, and Folger sees this as being crucial to driving demand. The marketing strategy for the model will focus around MBUX.

The new A-Class is launching into an economy that recently has run out of steam. But while the overall new-car market is lagging year-ago sales, the premium segment is bucking that trend.

Folger says he thinks that’s because luxury-segment customers “have easier access to credit and can increase down payments if necessary, but generally, we can assume that in the segment of higher income that non-performing loans are much, much lower.”

That means while the volume brands are trimming their full-year forecasts, Mercedes sees no cause for alarm. “The outlook for us is that not much will change, so we can see continuous development also in the second half of the year.”

He predicts there will be stimulus for the market. “I think the government will announce a support plan for Thailand to increase tourism and also the overall foreign trade investment strategy. We need some more positive influence and some positive signs for the Thai economy.”

It’s not just Thai economic factors that are weighing heavily, but regionally. “I think what we see in not just Thailand but the whole of Southeast Asia is a wait-and-see attitude because everybody is experiencing the first effects of the trade war between the U.S. and China, and that affects everybody,” Folger says.

Mercedes, though, is well-positioned to ride out any downturn thanks to its robust footprint in Thailand, Folger says. “We still have very positive expectations for the region because we still believe that even with the trade war that in our countries here we have a very good workforce, we have a relatively inexpensive workforce, and that can be only to the benefit of our future development. 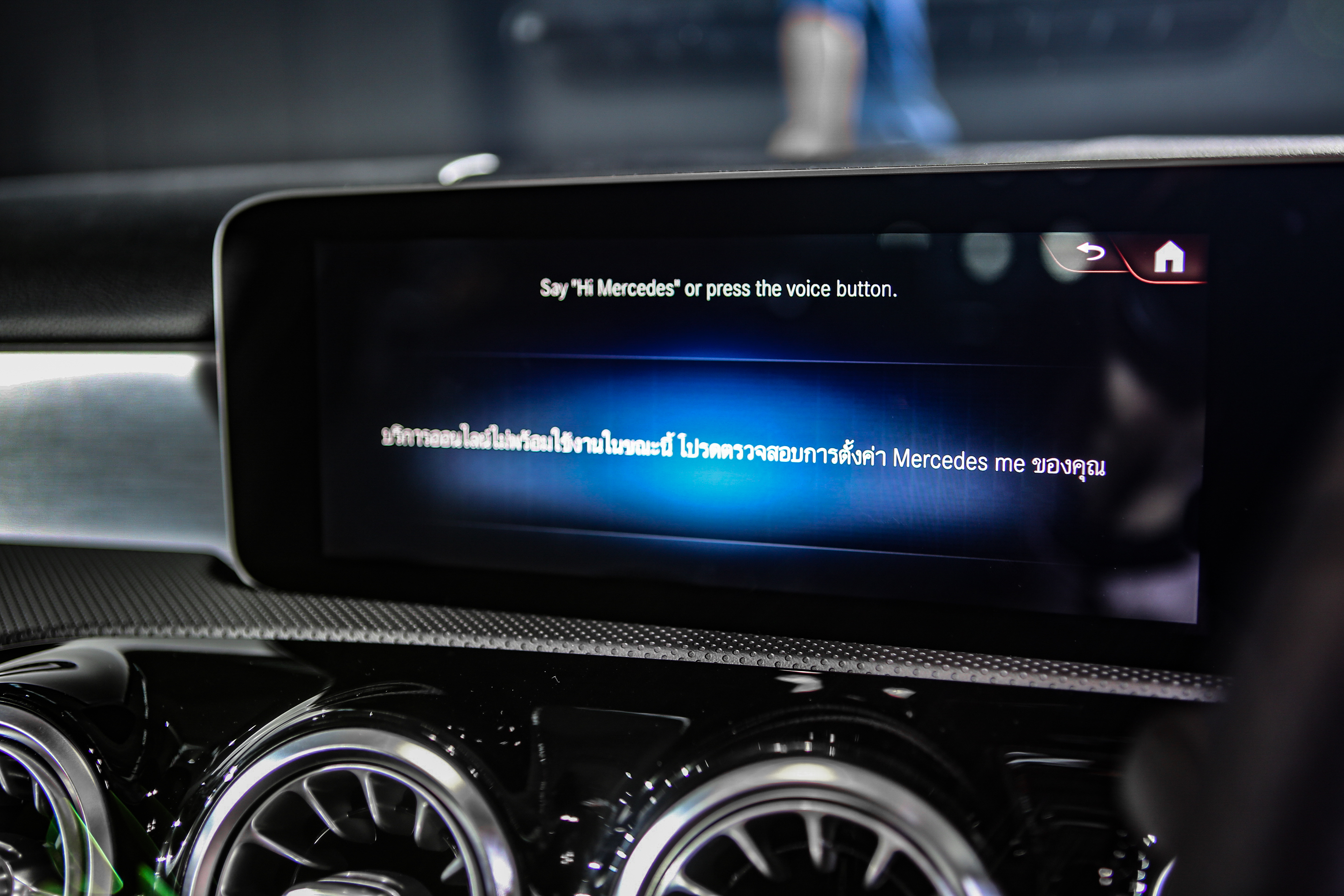 “Traditionally in Thailand, the second half of the year is stronger than the first half” for car sales, Folger says. “So at the moment we don’t see a reason to wave white flags and say crisis. We don’t have any plans to reduce our plans for this year. There is no crisis that we can see.”

Mercedes will continue its hectic rollout of new models in the coming months. “We will have a few more very exciting products in the rest of the year,” Folger says. “All these things have positive effects; they increase showroom traffic for us. Our strong fundamental is our dealer network, which is larger than it ever was before.”

The A-Class will play a key role in that scenario. In the premium compact segment, Folger says, 60%-70% of customers are new buyers, although he cautions that what he terms “the substitution effect” must be factored in. “These might be customers who might have bought another vehicle in our lineup and are now trading that vehicle against an A-Class,” he says. The brand’s compact range here also includes the GLA.

Currently, Mercedes is putting a big effort into expanding the AMG performance sub-brand here, and Folger says it’s a “no-brainer” that AMG versions of the new A-Class aren’t far away.