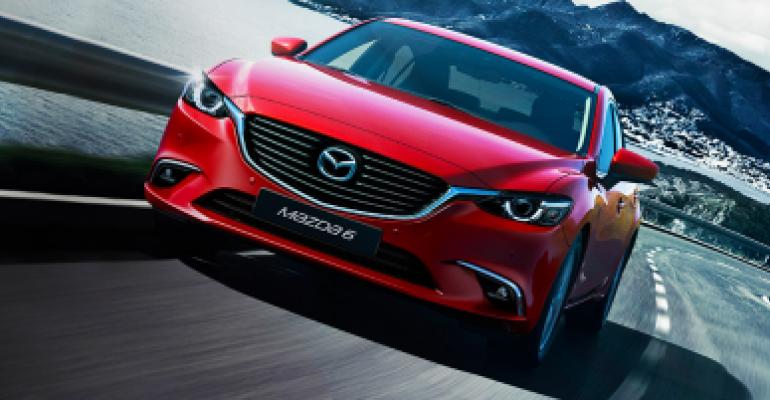 The Vladivostok plant produces Mazda6 sedans and CX-5 CUVs, and the Japanese automaker intends to add models it currently sells in the Russian market, according to Jorg Schreiber, head of Mazda Motor Rus, the company&rsquo;s Russian subsidiary.

ST. PETERSBURG – Mazda plans to expand the range of cars built at its Vladivostok plant in far eastern Russia.

The plant produces Mazda6 sedans and CX-5 CUVs and the Japanese automaker intends to add models it currently sells in the Russian market, according to Jorg Schreiber, head of Mazda Motor Rus, the company’s Russian subsidiary.

Mazda has launched sales of the refreshed CX-5 in the country and will offer the larger CX-9 CUV in September or October.

Meanwhile, Russian media identify Mazda as one of the bidders for construction of a new auto plant in Khimki, 12 miles (19 km) northwest of central Moscow.

Andrew Vorobyev, head of the Moscow region, has said government officials are concluding talks with a global Japanese automaker over establishing a plant with annual capacity of up to 100,000 vehicles within the next several years.

Toyota and Nissan both are operating their plants at only 40% of capacity and are unlikely to build new facilities. Russian Ministry of Industry and Trade analysts note Subaru, Suzuki and Isuzu do not have sufficient sales volumes in Russia to consider localizing production.

Building a plant in the Moscow region could be economically reasonable for Mazda, considering the Russian capital and neighboring areas are the country’s biggest markets for cars produced by global automakers, whereas Mazda would face high transportation costs if it shipped cars built in Vladivostok thousands of miles west.

Mazda sold 21,543 light vehicles in Russia last year, down 27% from 2015, according to WardsAuto data. The automaker hopes expansion of local production will create conditions for improved sales this year.