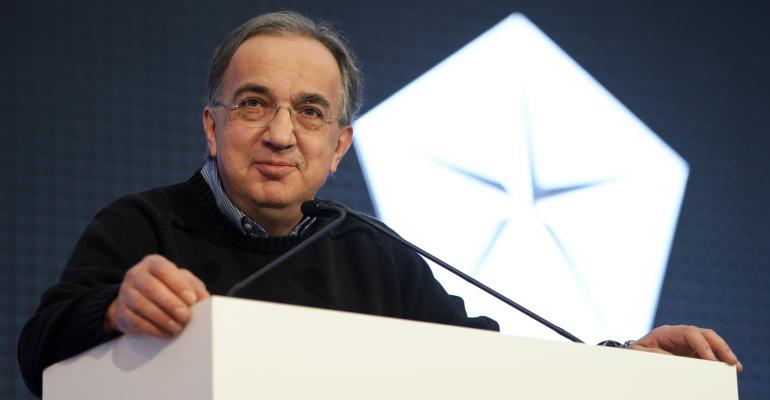 Europe is showing signs of a rebound while the Asia-Pacific market may be softer than expected, Fiat Chrysler Automotive CEO Sergio Marchionne says.

During a conference call with analysts and reporters, Marchionne admits to being “encouraged” by the direction in Europe, adding he expects FCA will be “in black” in 2015.

“There is an upside for where we are if we don’t really screw it up badly,” he says of the state of the auto industry in Europe. “I’m quite confident 2015 will be a significant year of recovery. It won’t take much for that to happen, because we’ve been at the bottom for so long.”

FCA’s European revenues were up 4% to $20.4 billion due largely to Fiat 500 and Jeep sales. The automaker recently announced it would add 1,500 jobs to the Melfi, Italy, assembly plant, where the Jeep Renegade SUV and Fiat 500X CUV are built.

Launched at the end of September, the Renegade was already ranked among the top 10 selling vehicles in Italy by the end of the year.

The automaker says revenue in Asia-Pacific was impacted by higher marketing costs to support volume expansion in the region, as well as higher incentives in response to the increasingly competitive environment, particularly in China.

“In (Asia-Pacific), especially in China, we’ve seen adjustments made by the competition,” Marchionne says. “We have to be watchful that we adjust properly to changing market conditions. There’s skepticism about the level of profitability from the region.”