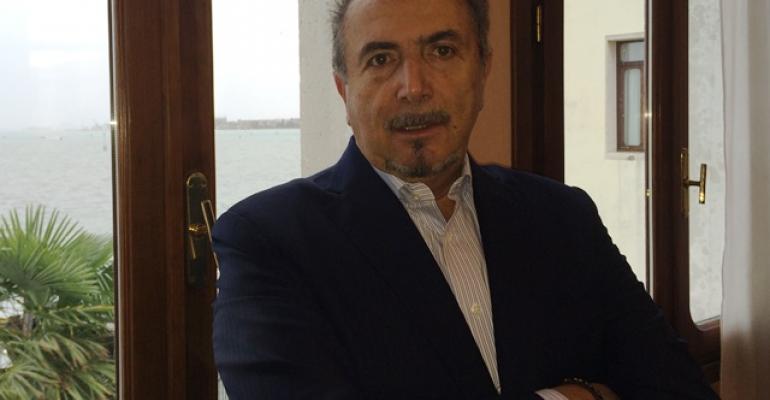 Now in its second year, the Alcantara-sponsored International Symposium on Sustainability in Venice, Italy, is focusing on ways to make the automotive industry carbon-neutral. Alcantara CEO Andrea Boragno says his company could be a model.

VENICE, Italy – When the world economy cratered back in 2009, the CEO of Italian luxury material manufacturer Alcantara made a critical decision: Instead of slashing costs to the bone, Andrea Boragno embarked on the road to corporate sustainability.

“At that time, we were trying something completely new – sustainability – under the assumption that this would be appreciated by the market,” Boragno says during an interview on the sidelines of the second annual International Symposium on Sustainability here.

Boragno presented a status report on his company’s efforts during this year’s symposium, titled “The Automotive Ecosystem on the Global Road to Sustainability: The Asian Perspective.” The conference, sponsored by Alcantara and hosted by Venice International University, focused on sustainability in the context of worldwide interactions between producers and markets.

Discussions at the symposium centered on ways to implement a list of 17 global “Sustainable Development Goals” for 2030 adopted by 193 United Nations member states in September, including several directly related to the automotive industry:

Although the UN-adopted goals aren’t mandatory, the hope is that companies will find that sustainability and profitability can go hand-in-hand as consumers embrace the concept, says Wanda R. Lopuch, chair of the Global Sourcing Council, a New York-based group focused on sustainability and socially responsible sourcing practices.

​Lopuch points to a 2014 Nielsen survey indicating consumers increasingly are willing to pay more for products and services from companies committed to social and environmental change. People in less-developed regions such as Latin America and Africa place a higher value on sustainability than first-world regions such as North America and Europe, she notes.

For Boragno, the decision to adopt the sustainability mantra came amid a crisis: Business was down 30% in early 2009 and costs already had been trimmed. Plants were shuttered at many of the automakers served by Alcantara. The chairman says he recognized that structural change was occurring in the worldwide economy and if Alcantara was going to survive it would have to adapt.

“You have to think of a new way of doing business,” Boragno says. “We decided to make sustainability a key value of our brand.”

Alcantara certifies it is meeting its sustainability objectives “by measuring, reducing and off-setting all CO2 (carbon dioxide) emissions deriving from the entire Alcantara production process from cradle to grave,” the company says. That includes monitoring and assessing the company’s entire supply chain to verify compliance with its earth-friendly goals.

Boragno says sustainability gives Alcantara an advantage against its primary competitor: leather. Both cost about the same, but Alcantara offers a lightweight, high-tech, breathable and easy-to-clean material with a grippy seat-of-the-pants emotional appeal. And now, it can add “green” to its list.

“People want exclusivity and in 2009 we added exclusivity,” Boragno says. “We are not killing animals. We are cool. Leather is not.”

Customers for the company’s specialized material used in automotive interiors include luxury brands Ferrari, Maserati, Lamborghini, Porsche, Audi, Tesla and BMW. The polyester-based material also is used in interiors by Ligne Roset; in fashion by Max Mara, Yohji Yamamoto and Rebecca Moses; and in consumer electronics by Panasonic, Sennheiser and Leica.

Boragno says it is impossible to measure the exact impact of the investment in sustainability, but he knows it is working to lift the brand.

“For sure, there is a contribution,” he says. “This is increasing the value and differentiation of the brand and the company. This results in increased profits and in the long term this makes us less risky.”

Alcantara, Boragno says, can be a model for other companies to follow.

“We have a model that works very well, and it could be transferred to many other industries,” Boragno says. “We offer functionality, emotion and beauty of design – all within the concept of sustainability. There is huge room for growth for us and for everybody, in a global way.”