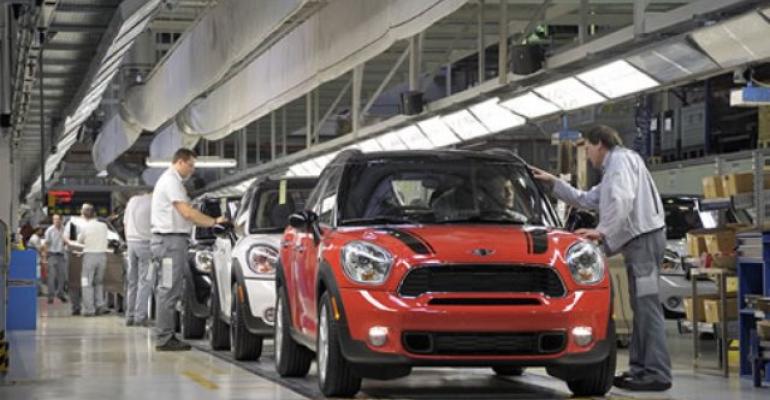 Talks are under way with representatives of local communities and the Economy Ministry, with a decision expected before year&rsquo;s end, Slovenian daily Večer reports.

The proposed plant is being eyed as one way to relieve bottlenecks in Magna Steyr’s pre-production and body manufacturing areas, German automotive publication Automobilwoche says.

Talks are under way with representatives of local communities and the Economy Ministry, with a decision expected before year’s end, Slovenian daily Večer reports.

While there is no official confirmation of the project, the newspaper says Hoče-Slivnica, a municipality near Maribor in eastern Slovenia, already has begun zoning procedures at the initiative of the ministry.

Mayor Marko Soršak tells the Večer Hoče-Slivnica has embarked on rezoning, with the expenses paid by the Economy Ministry because “the state has a strategic investor.” He would not confirm Magna Steyr as the potential investor.

Magna Steyr has been eyeing the possibility of a second plant in Europe for several years. At one time it considered acquiring a former FSO plant in Warsaw, Poland, as well as building a greenfield facility in Hungary.

A facility in Slovenia would have the advantage of a short distance to the Graz operation. Hundreds of Slovenians already work at Magna Steyr or Magna’s components plants in the Graz region.

Magna Steyr manufactures vehicles for Daimler and BMW. While production of the Mercedes G-Class is to be continued at least until 2023, the output of the Mini Countryman and Paceman models for BMW will be phased out this year.

It has been known for long time Magna Steyr would build other vehicles for BMW to replace the Minis in production, but only last week did the two companies confirm plans for assembly of new-generation BMW 5-Series sedans in Graz. BMW’s factory in Dingolfing, Germany, also will build the cars.

Volume output of the BMW 5-Series will start in Dingolfing at the end of this year and at Magna Steyr in Graz in early 2017.

Next year, Magna Steyr will launch production of vehicles for Jaguar Land Rover, with output targeted at 200,000 units per year by 2018.

Magna Steyr also is expected to build upcoming roadsters co-developed by BMW and Toyota, but there is no official confirmation of that program yet.

“It is true that the BMW Group together with Toyota is working on the development of a common platform for a midsize sports car,” BMW production chief Oliver Zipse tells the Austrian Kleine Zeitung daily. “When and where this sports car will be built, we cannot yet reveal today.”