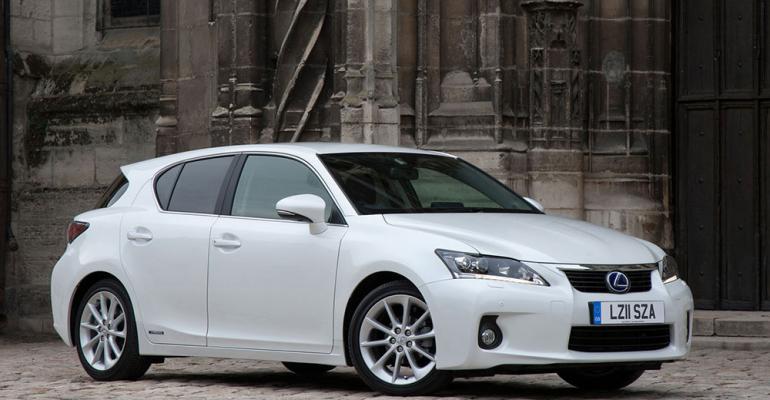 Lexus: Luxury Sales Leadership Likely in the Past

Toyota&rsquo;s luxury brand was the No.1 seller of premium vehicles in the U.S. for 10 years running, but was overtaken by BMW in 2011 and 2012 and Mercedes-Benz last year.

“Being No.1 luxury would be something I would love – if I didn’t want that, they probably have the wrong person in this job,” Jeff Bracken, Lexus U.S. group vice president, tells WardsAuto here in a recent interview. “But it will become increasingly difficult as our German competitors head down below $30,000, because that’s an area we won’t go with Lexus.”

Bracken says Lexus prefers to leave that territory to Toyota’s namesake brand, as well as the automaker’s Scion youth marque.

However, the Germans have more entrants in the lowest price ranges of the U.S. luxury sector, with additional models possibly to come.

And rumors persist that Mercedes and Audi could bring from Europe to the U.S. their A-Class and A1 small cars, or entirely new small vehicles.

“If Mercedes and BMW continue (to offer lower-priced luxury vehicles) it will make it that much more challenging for us to regain luxury leadership,” Bracken says.

While the Toyota luxury brand recovered from that recessionary low, selling 273,847 units in 2013, its German competitors have grown even more.

Mercedes led all luxury manufacturers in the U.S. last year with 312,508 sales, not including Sprinter van or Smart car deliveries. BMW sold 309,280 units in the U.S. in 2013, excluding Mini sales.

Bracken says Lexus continues to study a CUV smaller than the RX, its only CUV and best-selling model in the U.S.

The brand unveiled a concept at the Frankfurt auto show last September, the LF-NX, that many industry-watchers believe is a lock for production.

Bracken is mum on plans for a small production CUV but says Lexus’ past fear, that such a vehicle would cannibalize RX sales isn’t as big a concern now.

“The volume is potentially far greater than” how many RX sales would be lost, he says.

The entry CUV segment “is one of the hottest segments in the industry,” Bracken continues. “It makes a lot of business sense for us to be there as well.”

Regardless of whether Lexus adds another entry-luxury model to its lineup, Bracken expects sales growth for the brand, noting its 233 U.S. dealers have sold more than 300,000 units annually in the past and still can handle that volume.