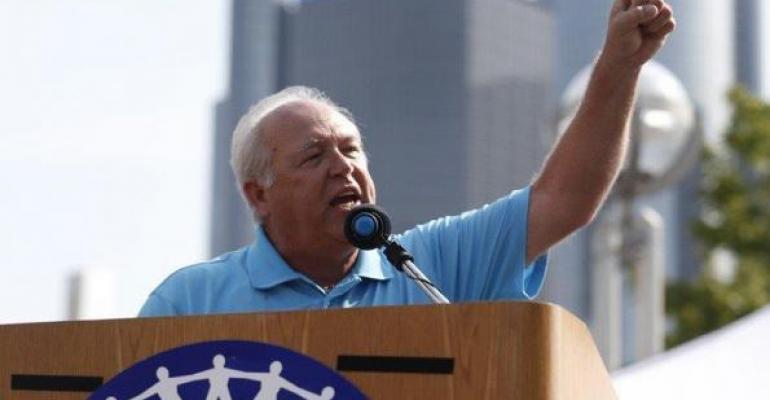 Lawsuits Against UAW Spin Off From Corruption Case

A federal lawsuit filed by three UAW members claims the union&rsquo;s FCA contract was skewed in the automaker&rsquo;s favor by the corruption of two top negotiators and alleges millions of dollars in dues collected from union members were &ldquo;wasted on tainted bargaining.&rdquo;

The UAW finds itself under attack by its own members, some of whom have sued the union claiming they were harmed by alleged collusion between the former chief negotiators for FCA US and the union’s FCA Dept.

Those negotiators, Alphons Iacobelli and the late General Holiefield, are the central figures in a multimillion-dollar scandal involving bribery and the embezzlement of funds from a training program funded by FCA and administered jointly by the automaker and the UAW. Three other people, including Holiefield’s widow, have been charged in addition to Iacobelli and more charges are expected, federal prosecutors say.

More than four dozen employees who lost their jobs at a paint shop at the old Jeep Wrangler plant in Toledo, OH, have filed a lawsuit against the UAW and FCA in U.S. District Court in Toledo.

The lawsuit alleges FCA colluded with corrupt union officials, including Holiefield, to terminate their employment in order to hire younger workers at lower pay rates. The lawsuit claims the agreement that terminated the paint-shop workers was negotiated between Holiefield and Iacobelli.

A separate suit filed in late January in federal court in Detroit by three UAW members claims the UAW’s FCA contract was skewed in the automaker’s favor by the corruption of Iacobelli and Holiefield and alleges millions of dollars in dues collected from union members were “wasted on tainted bargaining.”

The three plaintiffs are seeking class-action status for their lawsuit and recovery of union members’ dues. Several UAW members have contributed to a crowdfunding campaign to raise money for legal expenses.

Union President Dennis Williams says in a letter to UAW members posted on the union’s website that Iacobelli had “corrupted a few UAW officials because he needed their silence to protect his own crimes. Those were terrible acts on all sides. But the fact is those people’s misdeeds did not affect your collective bargaining agreement.”

FCA spokesman Michael Palese echoed Williams, saying, “The conduct as alleged had nothing whatsoever to do with the collective bargaining process between FCA US and the UAW.”

Federal prosecutors say Iacobelli paid out more than $4.5 million to union and company officials to influence collective-bargaining agreements between FCA and the UAW.

Iacobelli in a plea agreement admitted to paying off the $262,000 mortgage of Holiefield and his widow, Monica Morgan. The plea deal also states Iacobelli and others used FCA funds to pay union officials and employees more than $1.5 million in cash and goods to win contract concessions for the automaker.

Iacobelli, who resigned from FCA just before contract negotiations began in 2015, faces up to eight years in prison when he is sentenced in May.