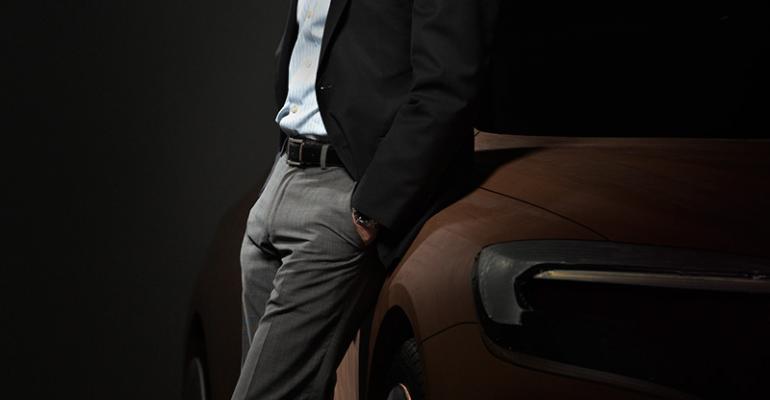 Krafcik Out at Hyundai as Zuchowski Named CEO

Rumors have been rampant that Hyundai was looking to part ways with John Krafcik, with industry insiders blaming slowing sales at the automaker.

Hyundai Motor America says CEO and President John Krafcik will leave the automaker at the completion of his contract Dec. 31.

Rumors have been rampant that Hyundai was looking to part ways with Krafcik, with industry insiders blaming slowing sales at the automaker for the desired change in leadership.

While Hyundai’s U.S. sales were up 2.2% through November to 657,778 units, WardsAuto data shows, it is a slower growth rate than the brand has seen in recent years.

Hyundai also carried over more ’13 model inventory into the ’14 model year than many other brands, which also was said to have angered South Korean Hyundai leadership.

“It’s been a sincere privilege and honor to lead Hyundai Motor America over the past five years, and I am confident that with Dave’s succession, our brand will continue to expand and thrive for years to come,” Krafcik says in a statement. “We have many of the best and brightest employees in the business coupled with a committed and talented dealer network that will continue to pay dividends.”

Few auto industry execs have had a swifter rise than Krafcik.

He joined Hyundai in April 2004 from Ford, were he was an engineer working primarily on models built off the F-150 pickup platform. He achieved minor recognition in the auto industry before his tenure at Ford as one of the researchers behind the book, “The Machine That Changed the World,” a history of how Toyota managed to trump General Motors in lean production.

Krafcik was employed by Toyota and GM at their former joint-venture plant, New United Motor Mfg. in Fremont, CA. In a 2009 interview with WardsAuto, Krafcik recalled how he “was the first American engineer hired (at NUMMI) that wasn’t a GM person or a Toyota person. I felt so lucky and privileged to be there and learning the Toyota production system.”

Krafcik joined the upstart Hyundai as vice president-corporate planning and rose to the president and CEO titles in 2008, following the 2007 departure of former Nissan marketing executive Steve Wilhite as chief operating officer.

Prior to Krafcik’s 5-year tenure at the top of HMA, the U.S. arm of Hyundai had a revolving door of leadership. Preceding Wilhite was Robert Cosmai. Neither Cosmai nor Wilhite lasted longer than two years atop HMA.

Under Krafcik’s leadership at Hyundai, the brand became a certified threat to both domestic and Japanese marques, as a laser-like focus on improving quality resulted in sharp gains in third-party industry surveys and residual values.

Krafcik’s tenure at Hyundai came as the automaker remade its entire lineup with a design focus that was lacking in prior generations of key models such as the Sonata, which now is a credible entrant in the midsize-sedan segment in the U.S.

Zuchowski, who joined Hyundai in February 2007 from Mazda North American Operations, says he is “both humbled and excited to lead Hyundai Motor America into the next chapter by continuing to build on John’s great legacy, and focusing on what matters most – building the highest quality, safest and most diverse fleet of models that customers love.”