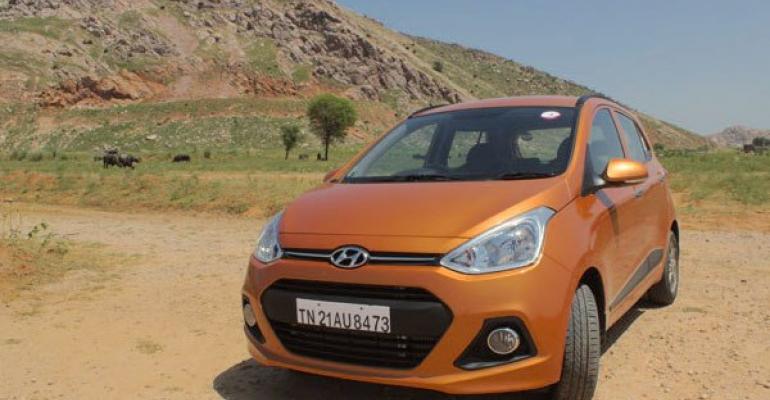 Analysts speculate the plant&rsquo;s first product offerings will be a compact sedan that could be exported and a compact SUV being developed exclusively for the Indian market.

Kia confirms it will build its first plant in India, a $1.1 billion facility investment in the government of Andhra Pradesh state on the country’s southwestern coast.

Kia says in a statement the 300,000-unit-capacity plant will be up and running in late 2019. Construction will begin in the last quarter of this year.

Some analysts have speculated the first product offerings will be a compact sedan that could be exported to other markets and a compact SUV being developed exclusively for the Indian market.

Analysts believe the compact SUV will be similar to the recently unveiled Kona SUV being produced by Kia affiliate Hyundai in Korea.

“We are delighted to announce that Kia’s newest manufacturing facility will be in Andhra Pradesh,” Kia President Han-Woo Park says.

“Our new India plant will enable us to sell cars in the world’s fifth-largest market, while providing greater flexibility for our global business. Worldwide demand for Kia cars is growing and this is our latest step towards becoming a leading global car manufacturer.”

The new plant will sit on a 536-acre (216-ha) site and be fully integrated with its own stamping, assembly, painting and testing facilities. It will be supplied on a just-in-time basis by supplier facilities that will be built in harmony with the automotive assembly plant.

Although not announced by name, several of Kia’s Korean suppliers are expected to build new plants on the site.

Hyundai Adding Capacity to Build on Success in India
May 19, 2016