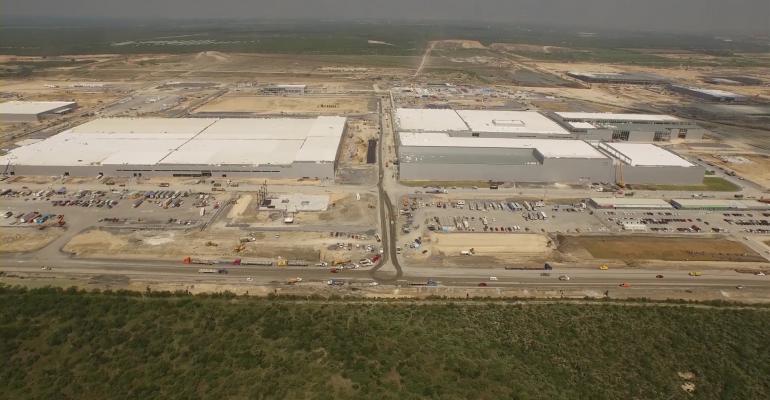 The new showrooms mark the beginning of the brand&rsquo;s foray into Mexico, which will be capped by the launch of pre-production of Forte small cars at a greenfield site near Monterrey in December.

A spokesman tells WardsAuto the Forte compact sedan will be imported from Korea, the Sorento midsize CUV will be produced Kia’s U.S. assembly plant in West Point, GA, and the Sportage CUV will be sourced from Kia’s plant in Slovakia.

The Optima midsize sedan, also to be imported from the Georgia plant, will be introduced at the dealerships in November.

The spokesman says all 21 of the new dealerships, to be located in 10 major cities, will be exclusive Kia franchises.

Construction of Kia’s new $1 billion plant in Mexico is about halfway to completion and there already are many personnel on the ground from Korea setting up hiring and training programs. Some 3,000 workers will be hired locally, with about 50 or so Korean expats to be embedded at the plant once operations begin.

Another 7,000 jobs will be created at the various supplier plants specifically to serve Kia.

“We will be sourcing from many Korean suppliers, including our own affiliates that are setting up operations there, as well as from Mexican suppliers,” the spokesman says.

At a brand launch event held in Mexico City, Kia Executive Vice President and CEO Tae-Hyun (Thomas) Oh and Kia Motors President and CEO Seong-Bae Kim confirmed the new plant in Pesqueria, near Monterrey, will be Kia’s compact-vehicle export hub, with the first model to go into production the Forte, followed by an unnamed model.

“Our aggressive entry into Mexico is a clear sign of the importance this market holds for our future,” Oh tells reporters.

The U.S. and Latin America markets will be primary export targets, with local officials saying 80%-90% of production will be exported, a figure Kia officials decline to confirm.

Pre-production is expected to launch in December and continue for about five months, when full production will begin.

The plant adds 300,000 vehicles to Kia’s annual global capacity, which will increase to 3.37 million vehicles. Local government sources have told reporters Kia expects to ramp up to full production quickly, then expand capacity at the Mexican operation to 400,000 units.

The Hyundai Mobis module and lamp facility involves an investment of $420 million, while the Hyundai Wia engine and engine-parts plant will cost $370 million.