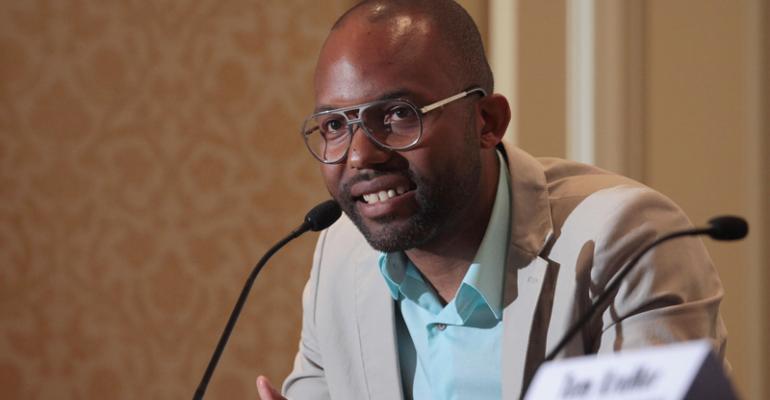 For Jeep Designers, Thinking Out of Box Sometimes Means Getting Out of Town

DEARBORN, MI – The inspiration that leads to innovation just might be found in a cup of tea.

At least that’s the hope of Robert Walker, who as chief designer of Jeep interiors for Chrysler, is at the forefront of a movement that has the brand turning to nature and international cultures to spark ideas for next-generation vehicle cabins.

Speaking here at the 2013 WardsAuto Interiors Conference as part of a panel about out-of-the-box thinking, Walker describes a journey he and some of his designers made last week to Yunnan province in China, where they sipped tea at the top of a mountain, met with a Tibetan art master and otherwise took in the sights.

“We do trips like this to further enhance interiors,” he says. “Inspiration can come from anywhere. It yields out-of-the-box thinking.”

Walker points to the interior packages now offered on the new Jeep Grand Cherokee as evidence of the influence natural settings are having on Jeep cockpits.

Themed around settings such as the Grand Canyon, Mount Vesuvius and Morocco, the interior packages employ colors and natural materials that struck Jeep designers during forays to those places.

Many of those same interior themes will be carried into the upcoming ’14 Cherokee that replaces the Liberty in the U.S. market, Walker says.

Fashion and other consumer products such as Apple’s iPod or iPhone used to be the main source of inspiration for automobile designers, “but now we’re trying to go beyond that,” he says. “It’s not necessarily other industries (that are influencers) but experiences.”

Walker says Jeep is alone at Chrysler in turning so heavily to nature and cultural experience for its creative spark, a result of its go-anywhere DNA and international reach. “It’s the most global, the one that’s sold in the most countries. And it will continue to be. So we look for inspiration in other countries.”

The various interior packages are offered on the Grand Cherokee worldwide, Walker says, and for the most part work equally well around the globe. Though, he notes, the lighter interiors are more popular in the Middle East, while Chinese customers favor the darker hues.

“There’s a common myth that innovation begins with an idea, but it actually begins with a list of criteria,” he says, pointing to a multi-step research process his company uses to develop new products. “The ‘art’ (part of the process) comes after you have the research that tells you what the design needs to be.”

The biggest mistakes product designers make is “running with the first idea” without doing proper, thorough research, KraMer says. “After years and millions of dollars spent on development, you find out there are inherent problems with the design. You need to put aside the ego.”

Panelists here agree resistance to change within an organization often is a hurdle to product innovation. “The bane of my existence,” notes Tim Yerdon, global director-innovation and design for Visteon.

He says the electronics supplier has solved that in part by creating a small global team around innovation and then “pulling up” engineers into various development projects when needed.

Walker says Jeep follows a similar path. “We used to lock the engineers out,” he jokes, “but now there’s a more friendly reach across the aisle. If you get everyone behind an idea, they will want to (see it through).”