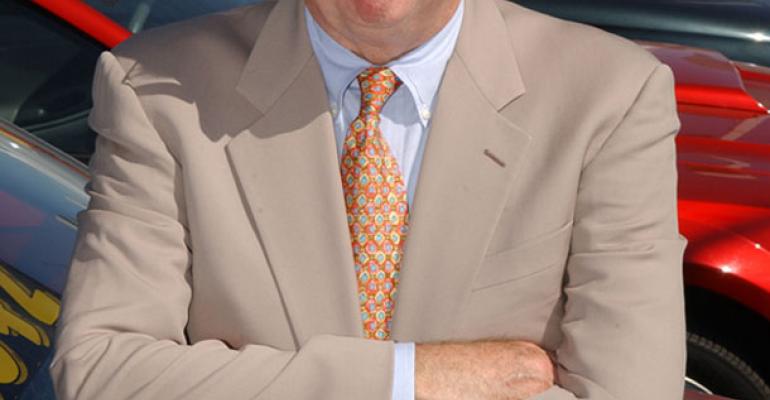 Thanks largely to JDP surveys, competition among all auto makers to boost their scores, win bragging rights and increase sales has raised the bar to the point of near-parity in many rankings.

James David Power III has a minor beef: “The best thing I ever did was to establish the J.D. Power Awards,” he says. “It’s like the Oscars. But the company is known more today for the trophy than for me.”

The awards may not quite match the panache of the Oscars, but the Academy of Motion Picture Arts & Sciences, which bestows the iconic statuettes, helped Power design his trophies. So did the U.S. Olympic Committee, which awards a variety of trophies and medals to those who excel in its events.

Power sold J.D. Power and Associates to McGraw Hill in 2005 for a reported $400 million, although a McGraw source says the payout was much less. After the sale, Power worked for the company in a supporting role until leaving in 2009.

However, his name survives with the JDP awards that appear ubiquitously in TV commercials, newspaper and magazine advertising and in media news accounts.

A 1984 Super Bowl TV commercial triggered the awards program. Without checking with JDP, Subaru bragged that it finished second in Power’s customer-satisfaction survey behind Mercedes. The German auto maker wasn’t happy, and neither was JDP.

“We didn’t have any protocols or policing regarding use of our findings at the time,” says Peter Marlow, JDP vice president-communications, who’s responsible for licensing the firm’s information on which the awards are based.

Two years later, the awards program was established as a separate hands-off operation from its primary market-research activities to avoid any conflicts of interest, and remains so today. Even before the Subaru fiasco, Toyota sought to brag about its first-place finish in one JDP poll.

“They wanted to use the results, and we wanted a $350 fee,” Power recalls. “They didn’t want to pay it, but eventually they did,” he adds, chuckling.

Soon other winners clamored for the right to use the coveted awards in advertising and other communications. Licensing gave JDP control over advertising claims and how the awards were being used. In the process, it became a brand and significant moneymaker on its own.

The awards’ popularity can be traced to JDP’s longstanding reputation for objective, independent surveys that measure how consumers rank all competitors, as opposed to in-house research, that tends to skew results.

JDP releases highlights to the media and sells detailed results to clients and sponsors on a subscription basis. Power credits media exposure for a measure of his success. “I’ve never had to advertise,” he says.

JDP funds the surveys in order to own and control the data. “That’s the key,” says Power, a lanky New Englander who spent 80% of his time traveling during his working days – including 50 trips to Japan – and possesses an uncanny recollection of minute details. No slouch at networking, he has maintained close ties to automotive executives and dealers worldwide for more than five decades.

JDP has rivals in the automotive-data field, but few match its scope. Consumer Reports gets wide publicity for its vehicle rankings from its own road testing and subscriber surveys. Power, however, doesn’t consider CR a competitor.

“They mail their surveys to their subscribers, but that’s different from a cross-section of the entire public” that JDP obtains in its surveys, he says. In that sense, CR is “more picky and more subjective,” Power says.

Power got his start in the automotive industry after receiving his Master of Business Administration degree specializing in marketing from the University of Pennsylvania’s famed Wharton School of Business in 1959. His first job was as a Ford financial analyst. After two years, he left to join Marplan, a unit of the McCann Erickson advertising agency, where he worked on Buick, GMC and other accounts for three years.

Power subsequently spent a year as marketing chief at tractor-maker J.I. Case Co. in Racine, WI, before journeying to California where he took several consulting assignments and eventually joined McCulloch, the chainsaw manufacturer and a Marplan client, as director of corporate planning.

Hankering to launch his own firm, Power made the leap on April 1, 1968, after three of his Wharton pals, all holding good jobs, told him they were quitting to start their own companies.

“One of them said, ‘The biggest danger is to get stuck in a job and not progress,’” Power recalls. “That night I said to my wife (Julie) I wanted to start our own company. She immediately agreed” and played a key role in the business until her death in 2002. “She was a co-founder,” Power says.

Toyota Motor Sales USA, based in Torrance, CA, was a minor player in the U.S. market in 1968 and wanted to compare how it stacked up to other imports. The auto maker would become one of JDP’s first clients.

Power arrived in Torrance two months after he opened his doors to sell his proposed “California Import Car Buyers” study, which also included a few American models. He got the brush-off at first but managed to see the top guy, Tatsuro Toyoda, grandson of Toyota’s founder who later became president of the parent company.

“He asked what I could do for Toyota, so I came back the next day with charts I drew myself and a proposal that my neighbor typed on an IBM Selectric,” Power says. Toyoda signed a contract for $8,000 and gave him 90 days to produce the results. He completed it in 60 days and from then on counted Toyota as a major client.

Because the data he delivered also revealed poor performers, Power was not universally loved early on, and his studies became a focal point for controversy.

Although his research methodology now is almost universally embraced, for years Detroit auto makers disparaged his findings, privately grumbling the data favored Japanese brands, likely because they were his first predominant clients and typically finished high in the standings.

When told that General Motors’ nameplates finished as bottom feeders in a JDP survey during the 1980s, the late mild-mannered Jim McDonald, then GM president, snapped: “To hell with J.D. Power!”

To criticism that he has ever been biased, Power simply says, “That’s a bunch of baloney.” He argues that the U.S auto makers came out of their World War II manufacturing triumph a tad cocky. “The stronger they got after the war, the more they fought change,” he says. “They were hidebound. They were not aware of what was going on around them and they lost sight of the consumer.”

John Casesa, a longtime auto analyst and now senior managing director of Guggenheim Partners, a New York-based investment firm, agrees. “Detroit was in denial, but (Power’s) surveys measured the real truth in the marketplace,” says Casesa. “He produced products with integrity. He’s had a profound impact on manufacturers and consumers.”

Mazda wasn’t happy and denied the findings, but later recanted and worked on fixes. The publicity cemented JDP’s credibility as an outside, reliable source of consumer input.

Branching out, JDP in 1981 published its first industry-wide annual “Customer Satisfaction Survey,” measuring how buyers rated their vehicles after a year on such items as service and defects. In 1987, the company introduced its Initial Quality Study covering buyer experiences during the first 90 days of ownership, with scoring based on problems per car.

Other surveys followed, leading to the establishment of a Sales Satisfaction Index; Vehicle Performance Index; Vehicle Dependability Index; Customer Retention (loyalty) Study; a Vehicle Appeal Study (measuring what buyers like about their purchases); and a Navigation Usage and Satisfaction Study, which has risen to prominence recently as more vehicles feature complex infotainment systems that may distract drivers and create safety issues.

David Cole, chairman emeritus of the Center for Automotive Research, says Power provided “a great service” by developing “important data for comparisons while at the same time giving visibility” to the results. “Many people didn’t like it at first, but he changed the status quo, and as a result everyone’s quality has improved.”

Thanks largely to JDP surveys, competition among all auto makers to boost their scores, win bragging rights and increase sales has raised the bar to the point of near-parity in many rankings.

“I think they’ve all got their eyes on the ball now,” Power says. “Their quality and products are greatly improved, but distribution remains outdated. It costs more to sell a car than to make it.”

Narrowing that gap will require a major shift in how products are distributed, which Power says will be dictated by the rapidly advancing information age.

“With the Internet, consumers often know more than the salesmen,” he says. The industry needs to adjust to quickly changing information delivery, but there’s resistance because of the deeply entrenched manufacturing mindset that has persisted over the last century.

Auto makers may be a bit skeptical considering Power’s longstanding involvement on the retail side with such organizations as Super Dealer groups; DealerTrack, a developer of dealer management software; CarMax; and the National Automobile Dealers Assn.

He shrugs off that thinking. To him, it’s all aimed at making the buying transaction and service more efficient, enabled by advancing information technology.

Power is not retired in the conventional sense, and golfing is low on his agenda.  “I’ve got a 29 handicap,” he laments.

He’ll be 81 in May and remains active in automotive circles as an observer, consultant and speaker. He’s also a director on six corporate boards or organizations and is writing an autobiography with business-writer John Kador. Tentative title: Back Seat Driver.