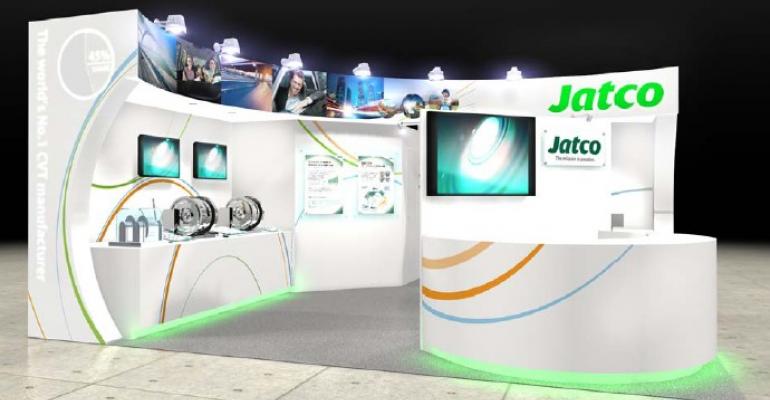 Jatco and rival Aisin AW both look to grow their customer bases, Jatco will concentrate its major facilities investments in China and the U.S. over the next five years.

YOKOHAMA, Japan – Jatco is backing away from an earlier vow to become the world’s biggest transmission manufacturer by 2020, but President and CEO Teruaki Nakatsuka isn’t lowering his profit and market-expansion goals.

“Ten percent (operating profit) is an industry standard,” Nakatsuka tells WardsAuto in an interview. “So I would hope we could be higher than that. Also, 8% is the target set by Nissan in its Power 88 plan.”

Nakatsuka says Jatco is targeting production of 8.5 million to 9 million automatic and continuously variable transmissions by 2020. He concedes that would fall short of rival Aisin AW’s recent announcement it plans to build 10 million units by 2020.

Aisin AW, the primary supplier to Toyota, produced 6.9 million transmissions in the fiscal year ended March 31. Jatco manufactured 5.2 million at plants in Japan, Mexico, China and Thailand; the factories outside Japan will account for two-thirds of production by 2020.

As Aisin and Jatco both look to grow their customer bases, Jatco will concentrate its major facilities investments in China and the U.S. over the next five years, says Nakatsuka, who succeeded Takashi Hata as president and CEO a year ago.

Nakatsuka does not anticipate significant growth for Jatco in Europe, although he notes the company has developed a CVT for diesel cars in the region such as the Nissan Qashqai SUV.

And despite its links to Suzuki, whose Maruti Suzuki affiliate is India’s biggest automaker, Jatco “does not wish to go into markets that don’t accept high-end transmissions,” the CEO says.

“Of course we’re looking at ways to compete in these markets. But fundamentally, we don’t want to enter into price-war kinds of segments where volume sales are needed to compete. CVTs will remain our core products.”

Nakatsuka is noncommittal about the trend toward 8-, 9- and 10-speed transmissions and whether Jatco will move beyond its current 7-speed offering: “I feel that we’re reaching the limit. Eight steps or nine steps might be possible for us, but no more than 10 steps.”

A step automatic transmission comprises multiple planetary gears that move up and down based on engine torque.

In addition to CVTs for diesels, the company is supplying transmissions for the Nissan X-Trail and Pathinder hybrids, and the Infiniti QX60.

“In the future, I anticipate opportunities for us with the advent of automated driving and connected vehicles,” Nakatsuka adds. “This won’t take place in a major way until around 2025. But CVTs shift more smoothly and thus are well-suited to autonomous driving.”

Without providing details, Nakatsuka indicates Jatco is working on future transmission technology for electric vehicles: “Today’s EVs don’t employ transmissions. But in the future, also after 2020 and 2030 for sure, they will.”