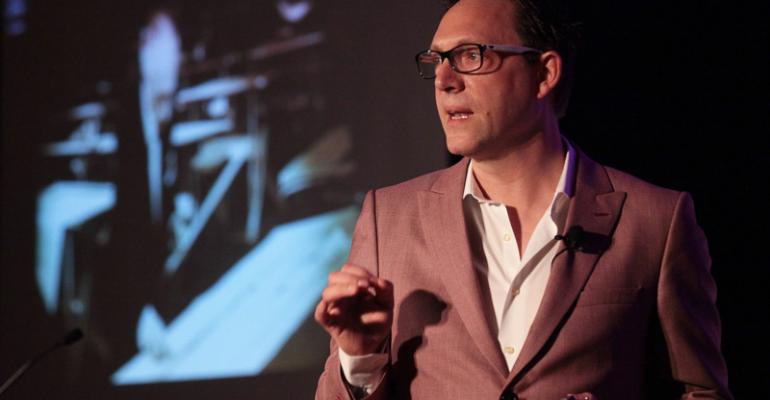 DEARBORN, MI – Harnessing emotion and drawing inspiration from a variety of sources is key to crafting vehicle interiors that please consumers and not just a necessary inconvenience for designers, says Ford’s top interior designer.

“Inspiration is not found in cubicles, or in repetitive work or compromises,” Amko Leenarts, director-global interior design strategy for Ford, says in his keynote address at the 2013 WardsAuto Interiors Conference here. “You find (inspiration) in the emotional and unexpected. You have to have an open mind and the courage to think outside the box.”

Leenarts, who has been on the job at Ford for a year after a 12-year stint at French auto maker PSA Peugeot Citroen, says inspiration never should be overruled by corporate bureaucracy and even though an idea was tried and failed in the past, it doesn’t necessarily it mean it won’t work in the present.

“Circumstances change, so let’s try again,” he says. “Listen to your spark and have the courage to do it.”

Although Leenarts’ remarks don’t address the direction of future Ford interiors, he says there are things he would like to see, including technology that can “learn,” citing as an example the feature on Google that anticipates what a user is searching for and automatically fills in the search box.

“It’s very forgiving and approximate, but it works,” he says of the technology.

Despite spending more than a decade crafting vehicle interiors for the European market, Leenarts says he won’t necessarily try to emulate the style he perfected at Peugeot in Ford vehicles.

Rather, he says the U.S. auto maker’s design team is much larger than Peugeot’s, and he wants to gather and use input from his entire global design team when designing a new interior.

“We have all these interesting viewpoints from around the world, which is enriching and a challenge to make sure it’s all being taken into account,” Leenarts says.

While he would like to see more intuitive technology added to vehicles, Leenarts says the influx of technology into today’s vehicles poses a challenge for designers who have to find space for all the different components.

In the past, designers would choose a theme, implement it and “stick the radio” in. Today, things are much more complicated, and the human-machine interface is “changing the heart of the car,” he says.

“Technology absolutely impedes design, but Ford was one of the first (auto makers) to have really great HMIs, and we will continue building on that.”