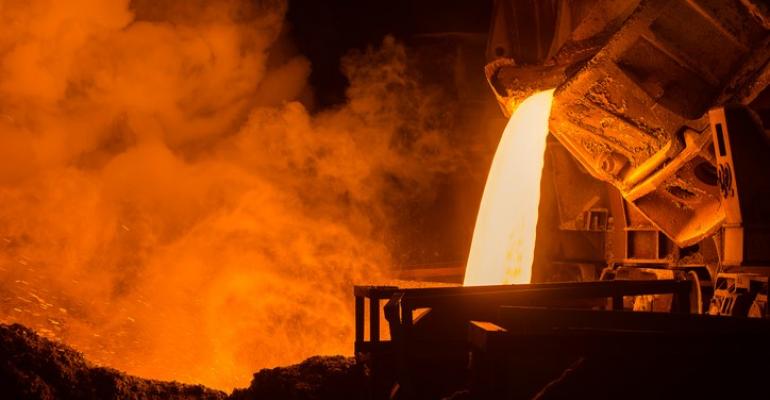 Getty Images
AIIS members say they have been forced to pay more than $4.5 billion in steel tariffs imposed by the Trump Admin. in 2018.
Industry News

Ford estimates the various steel and aluminum tariffs increased its costs by $2 billion.

In declining to hear a case, the U.S Supreme Court upholds Presidential authority in setting tariff trade policy by using a provision dating to the Cold War but has affected the automotive industry in recent years.

The American Institute for International Steel initiated legal action on behalf of its 120 members who purchase steel from producers in Asia and Europe and resell it to end users in the U.S.

AIIS members say they were forced to pay more than $4.5 billion in tariffs imposed by the Trump Admin. in 2018 using section 232 of the Trade Expansion Act of 1962.

The trade group argues that section 232, which gives the President the right to impose tariffs to protect national security, is unconstitutional because it delegates the authority to the President in violation of Article 1, Section 1 of the U.S. Constitution of separation of powers. The power is supposed to reside with Congress, according to AIIS lawyers.

The tariffs raised the cost of imported steel. For example, Ford estimates the various steel and aluminum tariffs increased its costs by $2 billion.

The trade association failed to win the votes of four justices, the minimum required for the court to agree to hear a case in full and leaving the President’s sweeping power to impose tariffs on national security grounds intact even though it was hardly ever used since the 1970s as globalization kicked in.

The Supreme Court refusal to hear the case is a win for American steel producers, which have had substantial influence in shaping the administration’s trade policy. Robert Lighthizer, the current U.S. Trade Representative, is close to U.S. steelmakers with whom he has worked since the 1980s.

Thomas J. Gibson, president and CEO of the American Iron and Steel Institute, says the steel importers’ lawsuit “was a weak attempt to mask the fact that surging foreign imports have severely impacted the domestic steel industry and threaten our national and economic security.”

Meanwhile, the political website Politico speculates that even after the Supreme Court ruling there is relatively little interest among either Democrats or Republicans to revise the 1962 law and rewrite section 232 so as to limit the President’s power to impose tariffs.