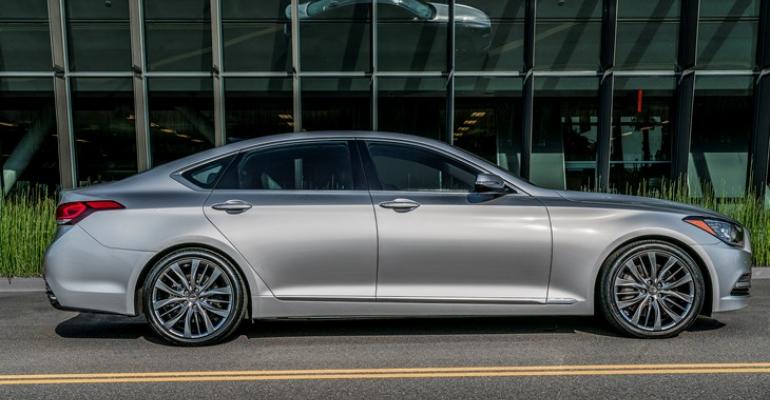 Hyundai has talked of expanding its existing 2&nbsp;million sq.-ft.&nbsp;vehicle-assembly plant or putting a second vehicle plant on the 1,744-acre site.

Hyundai is expected to bring production of two Genesis luxury models to the U.S. by the end of the decade, according to WardsAuto forecasting partner AutoForecast Solutions.

The next-generation Genesis G80 sedan, formerly known as the Hyundai Genesis sedan and an unnamed Genesis D-segment CUV will begin production in September and November 2019, respectively, at a new plant in the U.S. Montgomery, where Hyundai’s current Alabama plant is located, is a likely spot.

The automaker last year was expected to announce an expansion of production in Montgomery, per a May 2015 WardsAuto interview with a senior Hyundai U.S. official.

“I think probably within the next 60-90 days there’ll be an announcement,” Dave Zuchowski, CEO-Hyundai Motor America said.

The announcement never came, however, with Zuchowski later citing a downturn in vehicle sales in China as giving parent Hyundai cold feet on capacity expansions.

Hyundai late last year announced the creation of the Genesis brand, a dedicated luxury marque comprising the existing Genesis sedan as well as the redesigned Equus sedan, now called the Genesis G90 and just launched in the U.S. Other Genesis models to come include a third sedan, the BMW 3-Series-fighter G70, as well as two CUVs, described as BMW X3 and X5 competitors. A luxury coupe also is in the works.

Hyundai opened its Montgomery plant in 2005 with the Sonata midsize sedan its launch model. The plant now builds the Sonata in addition to Hyundai’s Santa Fe CUV and the Hyundai Elantra compact sedan.

Hyundai says it does not comment on manufacturing locations of future models.

Both the G80 and the G90 currently are built at Hyundai’s Ulsan, South Korea, plant.