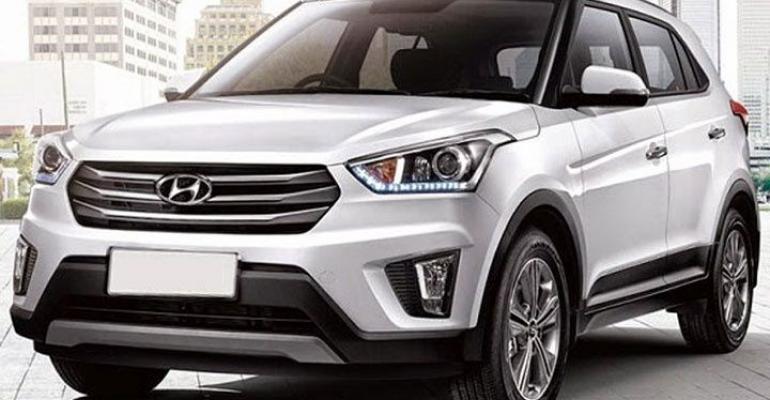 Although Hyundai&rsquo;s joint venture in China and its subsidiary in India both produce subcompact CUVs, the automaker until now has not built or marketed one in Korea.&nbsp;

Korean news media are starting to buzz with reports Hyundai is about to unveil its long-awaited new subcompact CUV, unofficially said to be named the Kona.

It will rival Ssangyong’s Tivoli, which has been a runaway success both in Korea and in export markets, and to Renault Samsung’s imported QM3, which also is doing well among Korean buyers.

Although Hyundai’s joint venture in China and its subsidiary in India both produce subcompact CUVs, the automaker never has built or marketed one in Korea.

Although Hyundai spokesmen for global operations will not confirm the name Kona, but

WardsAuto has learned Hyundai Motor America filed for a federal trademark registration for the name last Sept. 14 under the classification “automobiles.”

Some analysts believe the Kona, named for a city and region on Hawaii’s biggest island, likely will be sold by Hyundai Motor America.

Former HMA CEO Dave Zuchowski revealed last August a new CUV in the sub-B segment would be coming to the U.S. He said it would have bold new styling and be a substitute for the Creta CUV that HMA turned down for sale in the U.S. in early 2015.

The India-built Creta was kerpt off the U.S. market because it looked like a downsized Santa Fe model, lacking the sharp, differentiated styling needed to appeal to young American buyers.

He also acknowledged that because it had turned down the Creta, HMA was running 18 months behind with a sorely needed small CUV in the U.S.  So the new, highly differentiated CUV HMA seeks for broadening its portfolio now is two years behind schedule.

The Kona also needs to launch quickly in its debut market of Korea before any North American export strategy can be finalized and implemented.

Several Hyundai spokespersons decline to discuss the Kona beyond saying the automaker is preparing for its global launch.

While sister company Kia also is not discussing any plans to launch a subcompact CUV in Korea, WardsAuto has learned one is in the works and likely will follow the launch of Hyundai's Kona.

Although HMA turned down the Creta subcompact CUV, it has become one of Hyundai India’s best-selling light vehicles since its launch in July 2015. Of Hyundai India’s 2016 sales of 662,054 units, the Creta accounted for 138,125, or roughly 21%.

It also has been an export success, accounting for 28% of the 161,517 vehicles Hyundai shipped out of India last year.

The ix25 version of the same model that is sold only in China also is a strong seller. It logged 113,468 deliveries in 2016 out of the total 1.1 million vehicles Beijing Hyundai Motor produced and sold in the country.

Despite the Creta’s remarkable success in India, the automaker also wants to bring the new Kona to that market, giving customers a choice of four CUVs.

The Creta is mildly handicapped by being priced a little higher than its two chief competitors, the Ford EcoSport and Maruti Suzuki’s Brezza. However, the Kona is being developed for sale at a lower price than the Creta.

It is said to measure less than 147.7 ins. (3,750 mm) in length, which qualifies it for significant small-car excise-tax discounts. By comparison, at 168 ins. (4,267 mm) in length the Creta does not qualify for the same benefits.

Media reports from India say the Kona will be powered by Hyundai’s newly developed 1.0L turbocharged gasoline engine, as well as 1.4L gas or diesel offerings. The reports also indicate the Kona will retain hints of its boxy, muscular profile, which is akin to FCA’s line of Jeep vehicles.

The Feb. 6 investor presentation states Hyundai plans to increase sales of vehicles produced at its plants in Korea 4.9% over the 1.7 million deliveries recorded globally in 2016. The annual capacity of the Korean plants will remain unchanged at 1.9 million units.