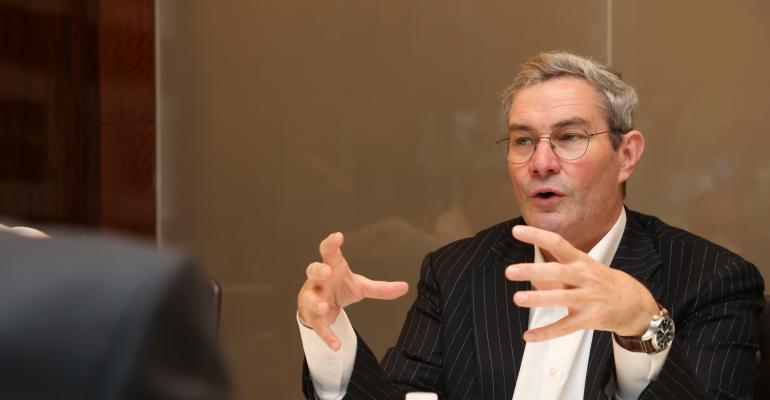 To progress, Hyundai&rsquo;s models must be more distinctive, the Korean brand&rsquo;s lead designer says, bemoaning a world where vehicles are too similar.

“Generally, across the whole model lineup, each car will have its own character, its own personality,” Luc Donckerwolke, Hyundai’s senior vice president of design and head of the Hyundai Design Center, tells media here at the Kona CUV unveil.

“There will be a Hyundai DNA, but there won’t be any clones. You will not see the same design elements applied systematically to all models.”

Using the new Kona as an example, Donckerwolke says the subcompact CUV’s cladding or “armor” in Hyundai parlance, will be specific to it and not appear on any of the brand’s other models.

And while it’s being applied brand-wide, including on the Kona and Hyundai’s refreshed Sonata sedan, the brand’s new signature cascading grille will change model-to-model.

“The grille is…never to be the same. Otherwise you’ll just end up scaling something. Proportion will change,” he later tells WardsAuto, adding: “I still have some years to create, and I don’t want to get bored.”

Elements of the Kona’s look that will carry through the brand’s other CUVs include its “composite-lamp face,” he says. The Kona has high, slit-style LED headlights and, a couple inches below, a combination daytime running light and turn indicator. 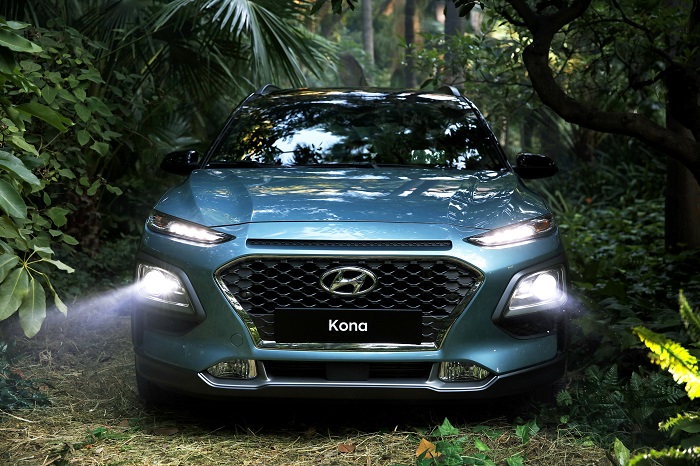 A brand with a smaller lineup may be able to get away with lookalike models, but Donckerwolke says Hyundai’s is too vast for similar exteriors.

“We have such a huge palette of cars, we have to assure each model has its own specific character and doesn’t cannibalize another one, so we do that via design, basically.”

He cites the Sonata midsize sedan and Avante/Elantra compact cars as models that appear similar now, notably in their rounded rear ends, but will deviate visually in the future.

While he spent years designing vehicles at some of the industry’s poshest marques, including Audi, Bentley and Lamborghini, Donckerwolke says he prefers the freedom of a mass-market brand.

“When you’re a designer for a premium or luxury brand, it is a bit annoying, because you have to create a new model but you have to take all the (existing design cues). You cannot evolve that much. When you’re designing a car for a volume brand that definitely wants to innovate, you can start with a white sheet of paper.

“Obviously you have to define the DNA of the brand,” he continues. “But you’re not starting with 70% of the design done and then you (are trying to) differentiate with the 30% left. It is always a frustrating exercise. And we’re not even taking this approach with (Hyundai’s premium) Genesis (brand).”

In an interview with select media, Donckerwolke speaks on a number of topics, including why Hyundai’s aggressive design language of 5-10 years ago had to soften.

“It never happens that you carry on with an aggressive policy,” he says. “You have to consolidate; otherwise you are losing your customers once again. So Hyundai has been in a phase of consolidation. Obviously we want to move to the next step now.”

He also notes how designing luxury cars, notably those six figures in price, is a good exercise for any designer due to their handcrafted assembly process.

“There is no big investment in tooling, so everything has to be done by hand. So, for instance, when you do a bumper…if you have different areas, they will be taped and masked and painted the different colors. As soon as you have a mass-production car, that will never happen. You will do the bumper in six parts or seven parts instead of one to avoid the masking, which is much more expensive than clipping parts coming from different tools.

He calls these types of situations “cultural shocks” that every designer should go through. “This is why I believe you can only be a good designer if you constantly change the setting in which you work. Otherwise you repeat things. You don’t evolve, you don’t learn.”

But Donckerwolke later bemoans a different type of culture shock, which he says is too few and far between these days.

Globalization, not impositions from consumer or government demands for technology, safety or aerodynamic shapes, is the worst part of being an automotive designer today, he tells WardsAuto.

“We breathe the same air, we eat the same food, we read the same books and magazines, we listen to the same music. It makes things less interesting, and you have to learn less basically when you design a car.

“I think for me, when you travel and don’t have the instant cultural shock, then you travel for nothing. (When) a clinic test done in China and in (the) U.S.A. and in Europe provide the same results, everything starts to be generic.”

Donckerwolke does foresee unique electric-vehicle designs emerging in China, where the government is pushing EV development and sales. But he believes that is just a short-term phenomenon.

“That thing will probably end up creating, for a certain amount of time, a regionalization of the products. But it will not last long. Even with all the populist trends we see everywhere they will never last very long. So this is only just some impulses that have been done locally, but soon the whole market opens up again.”

He calls global cars, those meant to appease people in every new-vehicle market, “average” designs, and says the best global cars are those that weren’t researched to death, such as the Porsche 911, Ferrari F40 or F50 and Lamborghini Murcielago.

“Like an iPhone, they impose a concept. And they became pure therefore, because a Porsche 911 was a German car designed by German engineers for German engineers and nothing else. Nowadays, this is not possible anymore. You have to address all the markets and automatically you are reducing the risk. But by my opinion, you are increasing the risks by making sure nobody is turned off by some elements of the car. So this is something you have to fight against each time you design a car. You have to make sure you don’t lose the essence of your car.”

Donckerwolke is looking forward to the coming wave of autonomous and electric vehicles, calling them the biggest change in the auto industry in “one-and-a-half centuries” and noting those automakers who don’t succeed could become cautionary tales alongside the likes of Kodak and Nokia, two famous but fading brands.

Designing electric cars means getting rid of what he calls the “ballast,” or 120 years of the internal-combustion engine, whose parameters “are making everything much more complicated.

“There is not a better moment for a designer, because you can learn a lot and you can apply a lot of knowledge to – you can basically change the ballast. Get rid of the ballast and create again. There is nothing simpler than an electric car.”