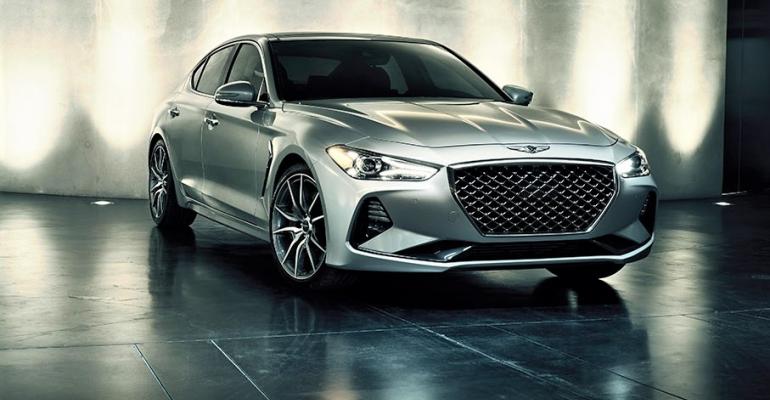 With 21 of the 31 brands included in the study improving their quality from 2017, quality improves across six of the eight categories measured this year, J.D. Power says. The industry average of 93 PP100 is 4 PP100 better than in 2017.

Mazda is the most-improved brand in the survey, which shows an overall 4% decrease in the number of problems experienced per 100 vehicles (PP100) during the first 90 days of ownership, the market-research firm says in a news release. A lower score indicates higher quality.

“There’s no question that most automakers are doing a great job of listening to consumers and are producing vehicle quality of the highest caliber,” says Dave Sargent, vice president-Global Automotive at J.D. Power. “That said, some vehicle owners are still finding problems. As vehicles become more complex and automated, it is critical that consumers have complete confidence in automakers’ ability to deliver fault-free vehicles.”

The Detroit Three automakers all show greater improvement than the industrywide rate of 4 PP100, led by FCA US (up 7 PP100) and followed by Ford and General Motors (both up 5 PP100).

The automaker receiving the most model-level awards for its various brands is Ford, with five models ranking highest in their respective segments: the Ford Expedition, Ford Mustang, Ford Super Duty; Lincoln Continental, and Lincoln MKC. The consultancy based its 2018 U.S. Initial Quality Study on responses from 75,712 purchasers and lessees of new ʼ18-model-year vehicles who were surveyed after 90 days of ownership from February through May. They responded to a 233-question battery organized into eight vehicle categories designed to help manufacturers identify problems and improve their products.

Consumers reported 3.5 PP100 with driver-assistance systems, a level that has risen about 20% a year for the past three years.

“As we look to the future, avoiding problems with safety and driver-assistance technology is critical,” Sargent says. “In an era of increasingly automated vehicles, vehicle owners have to be comfortable using foundational technologies like lane-keep assistance and collision avoidance. Otherwise, automakers will not easily overcome consumer resistance to fully automated (driverless) cars.”

Infotainment problems are decreasing: audio/communication/entertainment/navigation remains the most problematic category for new-vehicle owners. This area, however, has improved for a third consecutive year, led by fewer problems with built-in voice-recognition systems.

Vehicle Dependability Up, But Not for All Brands, Study Shows
Feb 14, 2018