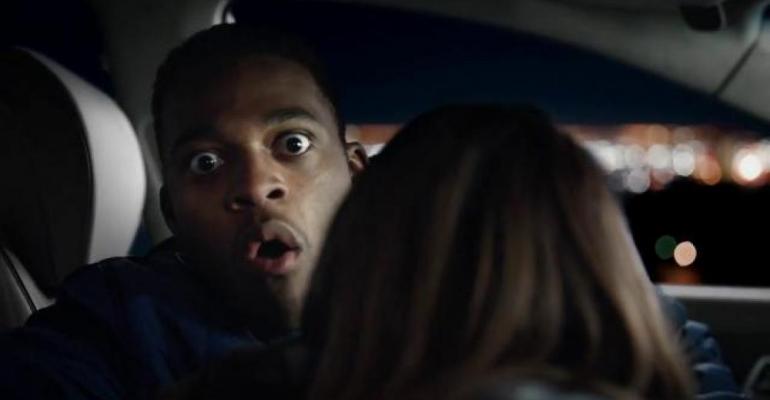 Hyundai Ads Rolling Over Competitors in Run-Up to Super Bowl

The Korean automaker controlled 13.9% of all social conversation around game related ads as of late Friday afternoon.

Hyundai unleashed three humor-filled and celebrity-driven ads ahead of Super Bowl 50, racing to a big lead over most of its automaker competition in the early tussles for viewer attention around the big game, according to real-time ad tracker iSpot.tv, which compiles the weekly Most Engaging Ads ranking for WardsAuto.

As of 4:00 PM Friday, the Korean company is second among all Super Bowl-related advertisers in terms of digital share of voice (at 13.9% of all social conversation around game-related ads); third in social actions (253,000); and 10th in TV impressions (6.3 million). Only Audi is even close among automotive brands in that group of metrics, coming in eighth overall on TV impressions at 7.8 million.

Hyundai released three hugely popular Super Bowl ads ahead of the game, including ‘The Chase,” with two talkative bears discussing the car’s voice-activated start capabilities after missing out on a human snack. That spot is topping all pre-game ads and teasers for total views on TV and social, according to iSpot.tv, grabbing more than 29 million by Friday afternoon before the game.

The company also released “First Date,” which stars comedian Kevin Hart as the ultimate helicopter parent. The company uses the spot to humorously talk about its vehicles’ remote-tracking capabilities. “First Date” is fourth in digital share of voice among all companies with Super Bowl spots release so far, according to iSpot.

And a third Hyundai spot, “Ryanville,” features a town filled with various versions of hunky actor Ryan Reynolds, as two delighted and distracted young women drive through. Hyundai’s safety features help them avoid an unfortunately premature introduction. The ad is currently fifth in digital share of voice among all companies advertising around the Super Bowl, and seventh in social impressions (14.7 million), according to iSpot.

Also in the top 10 for social impressions are spots from Audi (the extended-length teaser “Commander,” with 13.2 million by Friday afternoon) and Honda (the full-length “New Truck to Love,” 11.3 million).

Hyundai is backing its Super Bowl 50 campaigns with national TV placements that have an estimated media value of $5.6 million so far, according to iSpot.tv.