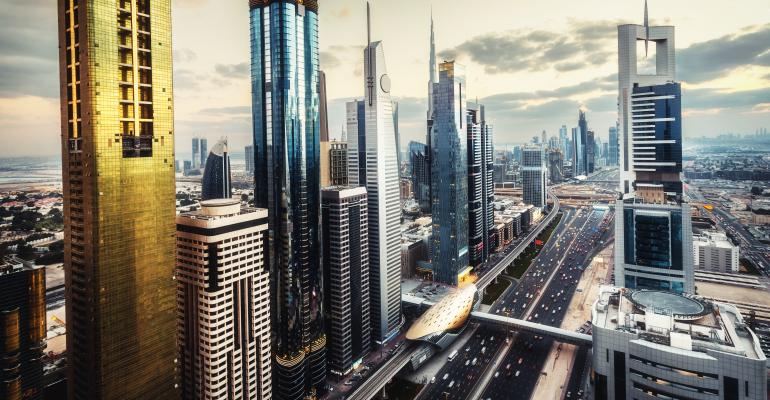 How Autonomous Cars Are Paving Road to Change in Dubai

When automobiles first became commercially available at the beginning of the 20th century, transportation was irrevocably changed. The public response to private car ownership gave rise to the automotive revolution, which transformed the built environment and urban land use.

This is particularly true in smart cities like Dubai. In fact, self-driving transport has been a goal of Dubai’s since its early inception. Currently, the city’s mass public transport, Dubai Metro, is one of the largest public transportation systems with self-driving functionalities.

With His Highness Sheikh Mohamed bin Rashid Al Maktoum announcing his strategic view of having “25% of all transport trips in Dubai” to be smart and driverless by 2030, the City of Gold has a vision for the future of transport.

In Dubai alone, the estimated economic benefits of self-driving transport will be valued at more than AED 22 billion per year.

Each is covered in more detail below.

As part of this ambitious goal, Dubai is slated to host a worldwide self-driving transport competition. This self-driving challenge, known as The Dubai World Challenge for Self-Driving Transport, aims to transform Dubai into a multi-year international competition.

This will provide Dubai and other global cities and industry leaders opportunities to address the transport challenges faced in the age of autonomy. This challenge will also encourage policymakers, startups, and academia to develop the knowledge necessary to create autonomous transport networks in other global smart cities.

While a driver-centric approach to self-driving technology will be the focus of interest for the general public, the city of Dubai envisages a multimodal transport network that comprises of seven modes of public transport.

This multimodal approach will require extensive coordination between relevant stakeholders. Respective agencies such as the Public Transport Agency, Traffic and Roads Agency, and others will need to implement strategies that align with the government’s planned initiatives.

To achieve the benefits of an autonomous transport network, significant accommodations must be made to a city’s infrastructure.

Moreover, significant investments must be made to ensure existing infrastructures are compatible with autonomous technology. Processes and environments must be structured well to enable automated vehicles to quickly respond to information.

Roadside and in-vehicle equipment must demonstrate reliable safety under all driving conditions for self-driving transport to achieve a successful deployment.

This requires more efficient approaches to keeping infrastructure assets in good repair. Maintenance issues like potholes can present challenges to self-driving transport and diminish the safety capabilities of autonomous vehicles.

Several infrastructure options will need to be considered to promote complete autonomous roads.

Two key factors to encouraging autonomous mobility are standardizing a code of practice for testing and legislative initiatives.

Vehicles must be tested through a rigorous system to ensure vehicles meet all the safety, security, and legislative requirements. A standard code of practice that is implemented by global smart cities will serve to accelerate deployment.

Legislative initiatives will play a key role in establishing vehicle liability and traffic safety. A body of law and ethics will ensure that common safety-related components and elements are incorporated to enhance the safety of these vehicles.

The age of autonomy is nearly upon us. Soon, fleets of autonomous vehicles will be navigating city streets, transporting goods and people effortlessly from one destination to another. Cities must begin investing in infrastructure improvements to promote this growth and enable a more autonomous future.

Ahmed Bahrozyan is Chief Executive Officer of the Public Transport Agency - Roads and Transport Authority in the United Arab Emirates which is responsible for providing for the needs of public transport in the city. He is also Chairperson of the Dubai World Congress for Self-Driving Transport organizing committee.