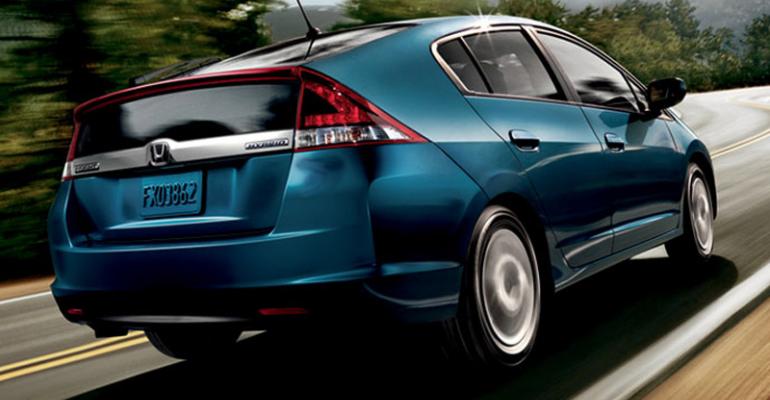 The auto maker&rsquo;s recycling plan comes during a growing dispute over restrictions on rare-earth exports by China, which has up to 97% of the world&rsquo;s supply of the metals.

Honda plans to begin using recycled rare-earth metals from used nickel-metal-hydride batteries before the end of the year.

The auto maker since April has been extracting the metals from used batteries at a plant operated by Japan Metals & Chemicals.

Honda’s announcement comes as China seeks to defuse a growing dispute over the government’s marketing of rare earths. The country accounts for up to 97% of the world’s supply of rare-earth metals, and analysts have expressed concerns about a worldwide shortage with international demand likely to exceed supply by 44,000 tons (40,000 t) annually.

The auto maker says in a statement it intends to recycle rare-earth metals from a variety of used parts such as hybrid motors and lithium-ion batteries in addition to NiMH batteries. It also plans to reuse the extracted metals not only in NiMH batteries, but also in a wide range of parts.

Rare earths, a group of 17 metals, are vital for the manufacture of high-tech products including electric-vehicle batteries, smartphones and wind turbines.

The U.S., European Union and Japan complained to the World Trade Organization earlier this year that China was illegally limiting exports of rare-earth metals to push up world prices while holding down prices for its domestic manufacturers.

China’s official Xinhua news agency reports China denies this, saying product-quality variations are the reason for the differences in export and domestic prices.

“China opposes politicizing the rare-earth issue and has never used the industry as a tool for political or economic gain,” he says.

Su calls rare-earth price hikes a “completely rational response” that reflect the real value of the resources, which previously were undervalued and sold “as cheaply as cabbages and carrots.”

A white paper published by the Information Office of the State Council, or China's cabinet, says the government will more strictly regulate its rare-earth industry while supplying the global market in line with WTO rules.

The white paper, the first of its kind in China, says the government will continue to enforce regulations on the mining, production and export of rare-earth metals, improve relevant laws and regulations and crack down on all violations.

Officials say the country’s curbs on production and exports are in line with WTO rules and are necessary to protect further damage to the environment by reckless exploitation.

The white paper calls on other countries with rich rare-earth reserves to boost exploitation and increase exports to expand and diversify supplies for the international market.

"China is willing to strengthen dialogue and cooperation with other rare-earth producers and consumers in a constructive and responsible manner, as well as work with them to prevent excessive speculation and solve resource-related and environmental problems resulting from the industry's development," the white paper says.