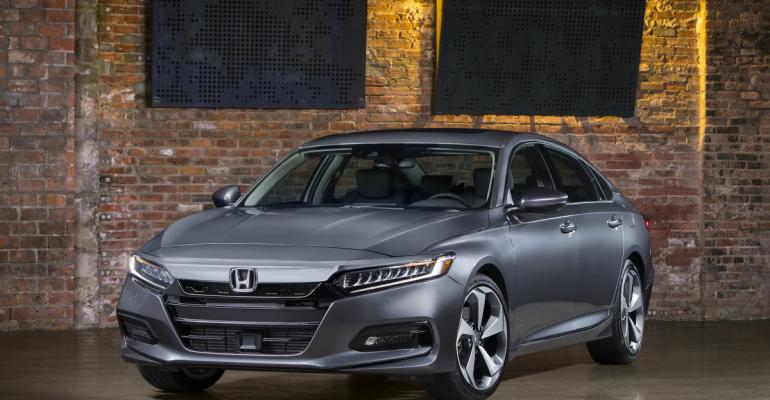 The sleek new shape of the sedan is one of Honda&rsquo;s strategies in dealing with declining midsize car sales.

DETROIT – Despite discontinuing production of its coupe, Honda hopes it will be able to maintain midsize-car market share with the introduction of its all-new ’18 Honda Accord sedan.

The sleek new coupe-like shape of the sedan is one of Honda’s strategies in dealing with declining car sales.

“The diversity of offerings is greater now than it was in the past,” Marie says.

Honda is hopeful the redesigned sedan will attract new buyers. It’s likely the Japanese automaker will need to increase volume to keep pace in the midsize segment in the U.S., which is expected to rebound with the influx of new product. In addition to the Accord, Toyota is launching a new Camry sedan and Hyundai is offering a significantly refreshed Sonata this year.