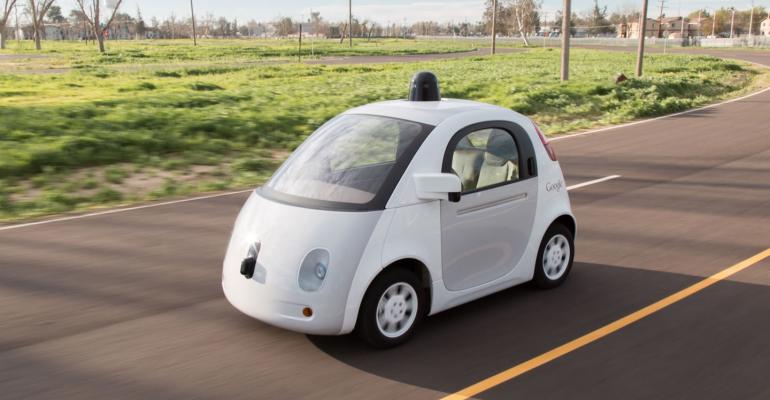 Google Not Going It Alone With Autonomous Car

When it comes to developing a self-driving car, Google isn’t autonomous.

The Silicon Valley search-engine giant’s Google Auto subsidiary was licensed last September with the California Department of Motor Vehicles as an “auto (and) commercial-vehicle manufacturer.” But Chris Urmson, who heads Google’s self-driving car project, acknowledges established suppliers have played an important part in the effort.

Speaking at the North American International Auto Show in January, Urmson praised the contributions of companies including Continental, Bosch, Roush, RCO, ZF Lenksysteme, FRIMO and LG Electronics. “By collaborating with outstanding automotive talent from around the world, we’ve been able to develop," he said.

Automakers such as General Motors, Ford and Daimler acknowledge their own self-driving vehicle projects have been kicked into higher gear by competition from Google. The existence of the subsidiary is escalating the rivalry between Silicon Valley and traditional manufacturers, which have long preferred to keep tight control over systems such as engines and driving dynamics that give vehicles character and personality in the eyes of both engineers and motorists.

With its autonomous vehicle projects, Google and its Silicon Valley neighbor Apple are threatening the traditional order by offering computer programs that supersede the automakers’ own systems, which have become expensive to develop and maintain as cars have grown more sophisticated and regulations have gotten steadily tougher.

“My guess is that with their ability to write/generate extraordinarily complex algorithms, they want to be in the leading/dominant position for complete vehicle management systems," analyst Joseph Phillippi of AutoTrends Consulting says in an e-mail to WardsAuto.

For that reason Google might not be satisfied acting simply as a supplier, Phillippi says. “That would be somewhat not the Google way in that its management is not likely to want a subordinate role.”

But a new group of technical suppliers such as NNG, a European-Israeli company that makes software for in-car navigation systems, and Mobileye, an Israeli manufacturer of vision systems used in driver-assistance features, have adopted a business model that stresses collaboration with automakers.

Google Auto was not set up with the intention of becoming a car manufacturer. Company sources say Google’s original plan was for it to modify other vehicles so it became the “manufacturer” of 23 Lexus vehicles used in initial testing. Google created the automotive subsidiary in 2011 but only applied for the California license last year when it started prototype research. Company officials say Google itself has not manufactured any prototypes.

The separate automotive subsidiary also is needed to protect Google legally. The company has acknowledged its autonomous vehicles have been in at least 14 collisions with other vehicles during tests around its Mountain View, CA, campus.

Autonomous-vehicle development is progressing more slowly than other Silicon Valley technologies. Urmson predicted in 2008 while working on self-driving-car R&D at Carnegie-Mellon University that such vehicles could be available to the public as early as 2013, but last year he pushed back that forecast to between 2017 and 2020.