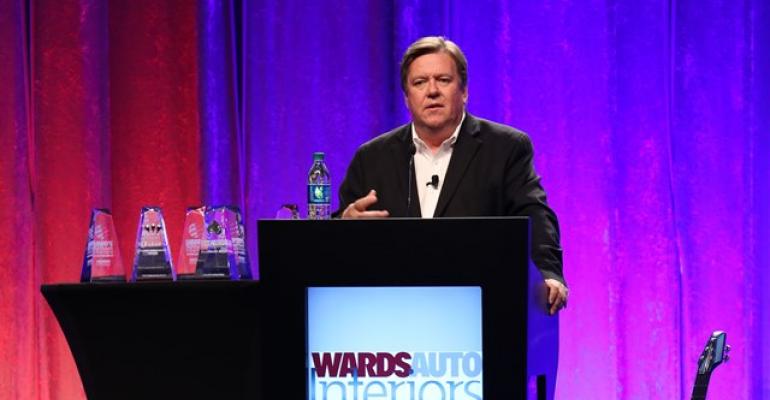 Ford design director Moray Callum says the GT supercar illustrates that a design philosophy, if it really works, can translate to other objects.

“I see our job as not dissimilar to a director of film,” he says. “We direct the experience, the journey someone makes through a car, and how they appreciate a car and live with a car.”

Callum cites the new Ford GT supercar as a vehicle that was designed to inspire not only potential customers but the designers who crafted it.

When setting out to design the car, the objective was to create a character that is noticeable from a distance.

“You can tell what this car is going to do, what it’s going to deliver,” Callum says. “It’s a supercar and a great car to drive. You can tell it’s not a minivan or an off-roader.”

Callum says it’s important to imbue a car with a sense of technology and craftsmanship, so consumers appreciate the quality of its build.

Once the exterior has established the car’s character, the interior has to further enhance its presence and make a lasting impression to the consumer, he says.

“You have to have an interior to fall in love with; it’s so very important,” Callum says, adding the GT’s cabin is “about simplicity and performance. It’s very clean and lightweight and matches the exterior.”

Due to the GT’s compact interior, designers had to carefully place components, while eliminating others, such as cupholders. Much of the car’s functions can be accessed via controls on the steering wheel in another effort to save space.

The GT’s interior also was designed to emulate the sharp lines of the body, which is composed of carbon fiber.

Callum says the GT illustrates that a design philosophy, if it really works, can translate to other objects, as well.

To accent that fact, he encouraged Ford designers from around the world to enter an internal design competition centered on items other than cars. Submissions selected were displayed at the Salone Internazionale del Mobile di Milano furniture fair held annually in Milan, Italy.

Designs submitted included a ping-pong table, a skateboard, a carrying case, a picnic basket, a foosball table and an adjustable pet feeder. One Ford designer even designed a sandwich, which was chosen to be displayed.

“We thought we’d get a lot of car things, but we were pleasantly surprised by the results, and it proves you can take a design language and develop other products with it,” Callum says. “We got over 160 proposals, all using a simple design language, and brought to life what Ford design is capable of.”