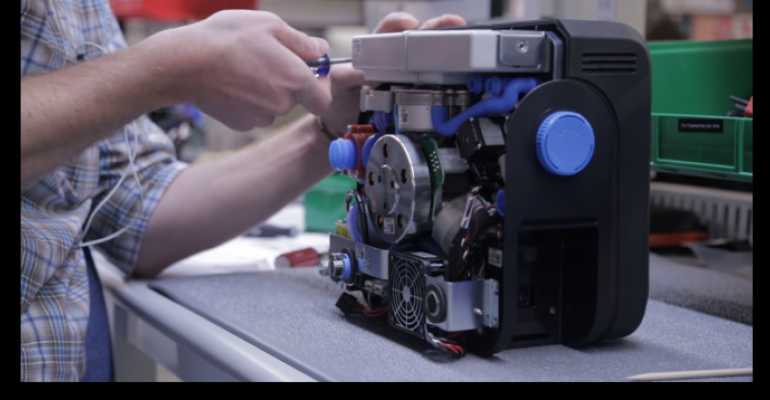 In a joint statement, GM and Ventec Life Systems say the goal is to increase production of oxygen-generating ventilators to support the growing fight against COVID-19, which in its most severe form makes breathing difficult.

Manufacturing experts from General Motors have met with executives from Seattle-based medical-devices manufacturer Ventec Life Systems to see if they can help build more ventilators, which are now in short supply because of the COVID-19 pandemic.

“This is just the first step,” GM spokesman Dan Flores says, adding the GM team flew to Seattle to meet with Ventec executives to offer their assistance. “We’ll have to see what happens.”

In a joint statement, GM and Ventec Life Systems say the goal is to increase production of oxygen-generating ventilators to support the growing fight against COVID-19, which attacks the respiratory system and in its most severe form makes breathing difficult.

Health authorities have warned of a shortage of ventilators that will worsen as the pandemic spreads.

“We are working closely with Ventec to rapidly scale up production of their critically important respiratory products to support our country’s fight against the COVID-19 pandemic,” GM Chairman and CEO Mary Barra says. “We will continue to explore ways to help in this time of crisis,” she says.

“With GM’s help, Ventec will increase ventilator production,” says Chris Kiple, Ventec Life Systems CEO. “By tapping their expertise, GM is enabling us to get more ventilators to more hospitals much faster. This partnership will help save lives.”

GM officials say its assistance covers a range of possibilities, including helping Ventec streamline production processes and facilities, finding suppliers and materials through GM’s procurement network, and even making ventilators in one of its own facilities.

Ventec and GM were brought together by StopTheSpread.org, which is attempting to coordinate the response to COVID-19. StopTheSpread is an outgrowth of earlier initiatives by the Business Roundtable, a major business group.

“Ventec will leverage GM’s logistics, purchasing and manufacturing expertise to build more of their critically important ventilators,” StopTheSpread says in a statement. “To support these efforts, StopTheSpread.org will continue to unite business leaders across the country to collect resources to complement and support government efforts.”

Concerns over the lethal virus spreading among workers inside car and truck assembly plants has prompted GM and other automakers to halt production this week.

The idea of GM making ventilators or components for ventilators also had been raised by President Donald Trump and by Larry Kudlow, Trump's principal economic adviser.