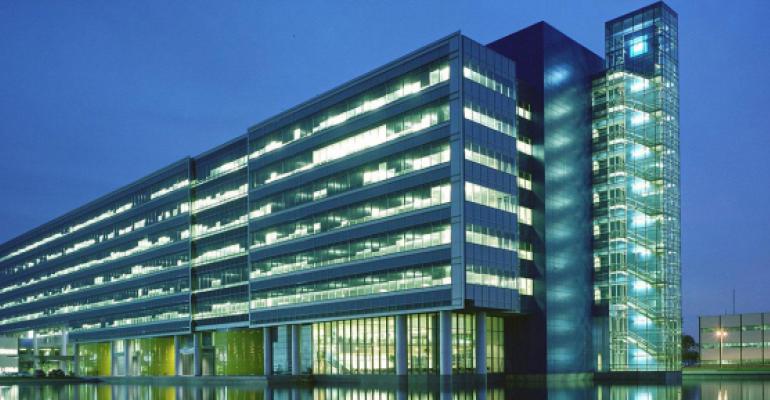 GM is discarding a generations-old strategy of using fixed core platforms based on vehicle segments for a more flexible approach that mixes and matches modules across its product portfolio.

General Motors plots a fresh approach to global engineering, shifting the epicenter of product development back to its suburban Detroit R&D campus and rethinking vehicle architectures.

“In the last two and a half years we have made North America the center and the lead region in the world,” Calabrese says in a meeting withWardsAuto editors.

Consolidating its global engineering back to Southeast Michigan answers a need the restructured automaker sees for greater consolidation and standardization in its vehicle development.

By rethinking how it shares vehicle architectures, GM will discard a generations-old strategy of using fixed core architectures based on vehicle segments for a more flexible approach that mixes and matches modules across its product portfolio. It marks a first for GM, although rivals such as Volkswagen are taking a similar path.

GM has not announced which future vehicle will take the modular approach first. More details of the plan will be announced in the coming weeks, the automaker says.

The decision over how it uses vehicle architectures, or the platforms comprising the basic building blocks of a vehicle, comes on the heels of another broad initiative within GM product development to pare the number of architectures it leverages.

Launched just over two years ago after GM installed Mary Barra as its new product development chief, the initiative also looks to trim the number of engines GM employs around the world.

For most of its history, GM followed an industry practice of dedicating a single architecture to a vehicle class, such as small cars. It would try to use the architecture globally to achieve scale and reduce development costs.

But moving to a more flexible approach, where major portions of that small car also could be used on a larger midsize car, for example, would greatly multiply the number of applications a component or vehicle system sees and slash engineering expenses by even more.

At Volkswagen, savings from the German automaker’s modular MQB architecture, which saw first its first deployment with the latest Audi A3 and Volkswagen Golf, has been estimated to save upwards of $6.8 billion over the next three years. Experts have backed off those estimates somewhat and Calabrese keeps his enthusiasm in check.

“It’s good ink,” he says of the cost-saving estimates, “but the devil is in the details. You can be common and not give the consumer what he wants. And we’ve learned it.”

In other words, Calabrese says, the strategy should drive much broader commonality of parts in GM vehicles but is not without limits. He points to a recent GM all-wheel-drive, diesel-engine execution, which in the automaker’s quest for as common a platform as possible included all the hardware necessary for AWD in every regional iteration of the car.

“The problem is the guy who has a 1.4L naturally aspirated (engine) is carrying a couple hundred extra kilograms and he’s got a heavy car,” Calabrese says. “And the penetration of that AWD diesel around the globe is only 2% or 3%, so all of a sudden the other 97% are getting stiffed.

“This is the most important thing: As a consumer you want to feel I designed that car especially for you, not 4 million of my other friends.”

However, modular architectures would speed GM’s ability to react to changes in consumer preferences and shorten vehicle development times, perhaps giving the automaker a precious leg up in the market. It also would go a long way in helping GM meet stringent future global fuel-economy and emissions standards.

The key to making the modular plan work lies in a new ability to adjust a vehicle’s track, or width. Automakers for years have been able to stretch or shorten architectures to accommodate different vehicle lengths and wheelbases, but until recently track was a fixed element of the platform.

“It’s more than sheet metal,” Calabrese says of the new approach. “It’s all the parts within it and how to take the front end of a B-segment (vehicle), the center of a C-segment and the rear of a B-segment and have a different opportunity.

“The space domain is critical, because it is all part of fuel economy,” he adds. “The consumer isn’t getting any smaller, but the car needs to get smaller. So who can do the most efficient packaging with the space and still provide the consumer with interior comfort? We’ve taken on this space domain more than anything else.”

But again, the approach has limits, Calabrese says.

“You can wish you had the same steering system on a Sonic as a Malibu, but it just isn’t going to work,” he says. “The consumer is the compass here. We’ve got it mapped out pretty well. We’ve got a good road map.”

In a related move, GM has returned its Warren R&D operation to the lead center for global engineering.

GM still allocates architectures to specific development centers based on that expertise, such as mini and small vehicles in Asia and compact and midsize vehicles in Europe. But after 36 months of consolidation, Warren serves as the lead engineering center for all items upstream in the vehicle-development process, including chassis, exterior, and interior engineering. The automaker’s global powertrain headquarters are just a few miles away in Pontiac, MI.

“The brain trust and the direction, all the leaders of all the critical functions reside in Warren,” Calabrese says. “I’m still playing to the regions, because, let’s face it, in Europe it’s a B- and C-segment region. And it would be idiotic for me to have any other region than North America work on fullsize trucks,” he says.

Warren also serves as the worldwide nerve center for engineering the tools and technologies to develop GM’s cars and trucks, and where parts-sourcing decisions are made for product programs.

The goal of centralized engineering, he adds, is to drive inefficiency out of the product-development process. That means, for example, the test used to determine the quality of a part or component is conducted the same way around the world. It keeps everyone speaking the same language, Calabrese says.

“How you create a surface (or) how you validate a compressor has got to be identical,” he says. “It’s standardized work, and the core of the competency is in the U.S.”

Dean Guard, executive director-global engine program execution at GM and a veteran of its global powertrain operations, says he sees the difference every day.

“Design, testing, analysis, it’s all the same everywhere in the world,” he says. “If it weren’t for the accents, you could sit down in a meeting in Russelsheim and feel like you’re in the U.S.”