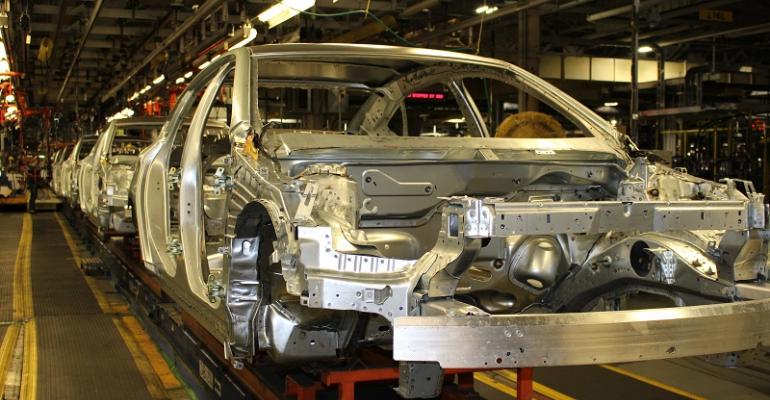 General Motors will invest $170 million into its Oshawa, ON, Canada, operations, shifting the sprawling assembly plant into a maker of aftermarket parts for its vehicles and other industry customers.

The announcement from GM Canada President and Managing Director Travis Hester and Jerry Dias, president of the Unifor union for Oshawa hourly employees, reverses an earlier decision by the Detroit automaker to suspend production at the facility in December.

News also broke alongside the Oshawa agreement for GM to reportedly sell its Lordstown, OH, assembly plant to Cincinnati-based Workhorse Group to make electric trucks. GM also will invest $700 million in unnamed facilities it operates in the state to create 450 jobs, according to reports related to a tweet from President Trump. The automaker later confirmed the reports.

Oshawa, once a hive of production for GM in North America, has steadily reduced production in recent years and its work force has dwindled to 2,600 from as many as 23,000 at its peak in the 1980s as the cost of building vehicles in Canada rose and Mexico emerged as a low-cost alternative.

GM says 300 workers will be retained for activities such as parts stamping, related sub-assembly and miscellaneous work.

Hester and Dias say the expectation is employment will increase as the facility builds out its product portfolio, which will begin with a roster of 50 component sets.

“The outcome we got here is very good,” Hester says of the deal, which came after six weeks of union negotiations. The talks ended a bitter marketing campaign by Unifor calling out GM for essentially shuttering Oshawa. “It has tremendous opportunity for significant growth.”

Dias says, “Is this (outcome) perfect? The answer is no. But you play the cards you are dealt.”

Dias chalks up the fate of Oshawa to poor timing as GM and the broader auto industry is undergoing dramatic change.

“A vehicle is not going to be falling out of the sky” for Oshawa, Dias says at several points during the announcement. But maintaining the integrity of the facility’s footprint was important, he adds, because the industry is changing and other GM plants such as Spring Hill, TN, and Orion Twp., MI, endured bleak times before receiving millions of dollars in investment for new products.

“Things change in this industry,” he says.

Other elements of the GM investment include converting a portion of the Oshawa property into a 55-acre (22-ha) test track for autonomous and advanced-technology vehicles, as well as expanding the capabilities of the automaker’s technical center in Ontario. The tech center develops software and hardware for AVs, embedded controls, active-safety systems and infotainment.

The automaker also will offer relocation opportunities to some Oshawa employees to jobs at other select GM operations in the province and offer enhanced retirement packages to 1,300 eligible employees, including vouchers toward the purchase of new GM vehicles.

A jobs center will be opened in June to assist other employees with career transition outside of GM following the end of production in December.

GM additionally plans to donate 90 acres (36 ha) of park and wildlife preserve on the campus to the community of Oshawa.