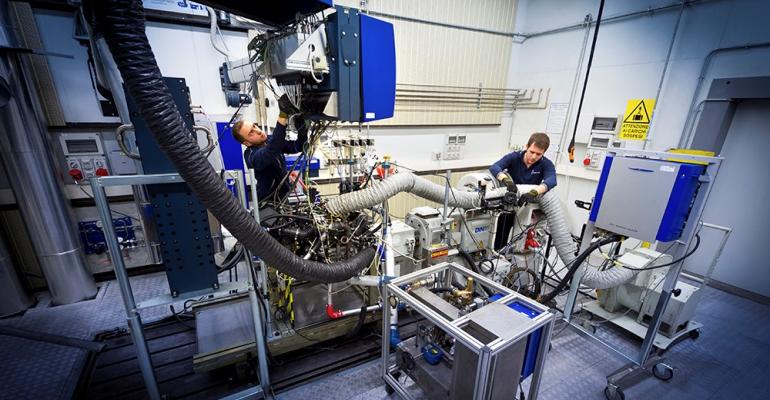 The General Motors Global Propulsion Systems engineering hub employs 720 researchers and technicians and has a long-lasting relationship with the neighboring Technical University (Politecnico) in Turin, Italy. The agreement aims to ensure the ongoing viability of the engineering center.

The company now is called PUNCH Torino. The value of the transaction has not been released.

After the 2017 sale of its Adam Opel subsidiary to French automaker PSA, the Turin center was GM’s last remaining operation in Europe.

In a statement, GM says “the transaction between the two companies includes an engineering services agreement to support GM’s global product programs through the end of 2021.”

Punch Group plans to reposition the company with developments for new market segments while continuing to provide engineering services to GM.

When the R&D center was established in 2005 it employed 70 people and focused on diesel engines, giving GM needed know-how. The center eventually delivered the design and first production units of the 1.6 CDTI Ecotec medium-duty diesel engine fitted to virtually all Opel, Vauxhall and Chevrolet (South Korea) vehicles since 2013.

The GM engineers in Turin also designed and developed the turbocharged 3.0L V-6 Duramax diesel providing the latest-generation Cadillac Escalade luxury SUV with performance equal to that of a gasoline 6.0L V-8.

“Diesel engines are far from being dead,” says Pierpaolo Antonioli, managing director of the engineering center. “One one side, the latest generation (of diesels) has reached extremely low emission levels, and in Torino we will produce hybrid diesels and greener powertrains for  commercial vehicles, pickups and SUVs.

“On the other side, Punch Group is already a major producer of hybrid propulsion systems for BMW and we will do more than just enter into (electric-vehicle) production. We believe in hydrogen, and we estimate an EV powered by hydrogen via fuel cells will be popular worldwide.”