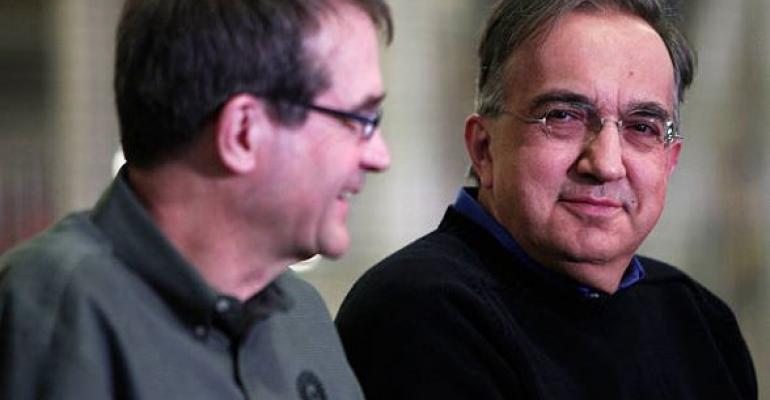 The complaint stemmed from a federal investigation that uncovered corrupt practices leading to the convictions of three FCA executives and 10 UAW officers.

U.S. District Judge Paul Borman in Detroit on Wednesday granted FCA’s motion to dismiss what the company’s lawyers called a baseless lawsuit. GM failed to prove it had been harmed by FCA’s actions or that FCA violated federal racketeering laws, Borman said in a 30-page ruling.

“We’re considering our options.  I don’t want to go into specifics. An appeal is definitely an option,” GM spokesman James Cain says in a statement.

“We have said from the very outset that this was a meritless lawsuit. The dismissal of GM’s complaint with prejudice earlier today vindicates our position,” FCA says in statement.

Borman’s ruling comes after he had described the lawsuit GM filed in November 2019 as a waste of time but ordered GM Chairman Mary Barra and FCA CEO Mike Manley to meet, without their lawyers present, to try to settle the matter.

GM appealed the order and the U.S. Sixth Circuit Court of Appeals in Cincinnati set aside Borman’s order. However, the appeals court effectively denied GM’s request to have Borman removed from the case, opening the door to Wednesday’s ruling.

GM’s original complaint seeking $1 billion from FCA stemmed from a federal investigation that uncovered corrupt practices leading to the convictions of three FCA executives and 10 UAW officers, according to court records.

The focus of GM’s lawsuit was the relationship between former FCA CEO, the late Sergio Marchionne, and General Holiefield, a former UAW vice president in charge of the union’s Chrysler Dept., in the years after FCA and GM received federal bailouts in 2009 and before Holifield’s death in 2015. Marchionne died in 2018.

“GM’s labor costs were not any higher than they would have been absent FCA’s bribes. FCA’s labor costs were just lower than they would have been. In other words, FCA’s UAW workers were the direct victims of the bribes because they were paid less, and GM suffered only an indirect competitive harm,” writes Borman, the presiding judge in a number of cases in which UAW officers and representatives have pleaded guilty to criminal charges brought by a federal investigation of union corruption.