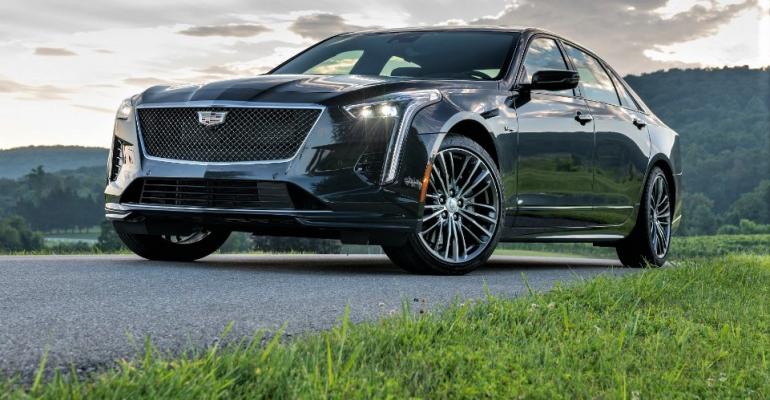 GM in particular is pinning its hopes on the XT4 and XT6 CUVs, both of which will go on sale in Russia in early 2020.

ST. PETERSBURG – General Motors is expanding its product lineup in Russia, giving it a total of seven models in a market it believes is poised to rebound.

GM, in particular, is pinning its hopes on the Cadillac XT4 compact CUV and XT6 CUV, both of which will go on sale in early 2020. Both models will be equipped with 2.0L turbocharged 4-cyl. engines.

Cadillac also will launch the XT5 midsize CUV in Russia and last summer began selling a new version of the CT6 sedan. The CT6 is priced at RR4.8 million ($72,000), considerably lower than some rivals including the Genesis G90, BMW 7-Series and Lexus LS.

GM nevertheless says it hopes to increase Cadillac sales to up to 10,000 units per year over the next several years. The automaker also plans to expand the number of Russian dealerships to 17.

GM is determined to build the Cadillac brand in Russia by appealing to younger customers looking for modern, technologically advanced cars. The expansion of the product lineup reflects efforts to compete in more premium-vehicle segments than in the past.

The automaker does not plan to return to the budget segment of the market.

Julian Blissett, GM’s senior vice president and president of international operations, told Autonews.ru: “In recent years, the economic situation in the market has significantly improved,” which means more purchasing power for local customers. “We believe that the market will return to its annual sales of 3 million cars (in Russia) in due course. And we want to be part of this, so we are launching new products.

“In my priority list, Russia is the market to focus on.”