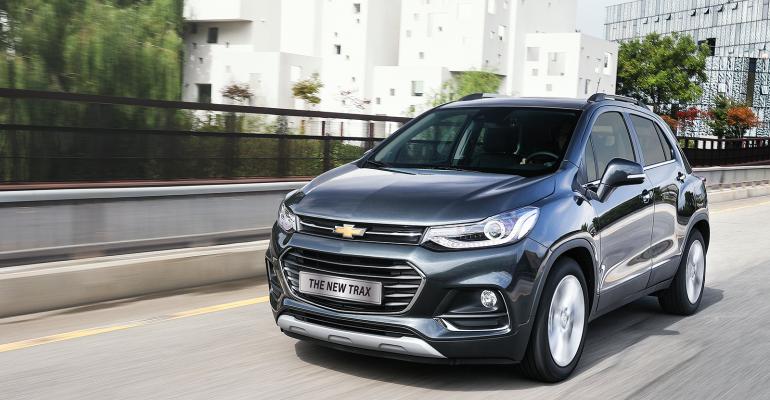 A tentative agreement had been reached in the 25th round of negotiations Dec. 30. The company did not report production losses caused by a series of partial strikes that occurred last year.

GM Korea reaches an agreement with its workers union on a new wage package and immediately will launch discussions for a follow-on wage and collective-bargaining agreement, which would go into effect when the new agreement expires.

The objective is to achieve a seamless transition from one contract period to the next. The new agreement is retroactive to March 2017.

A tentative agreement had been reached in the 25th round of negotiations Dec. 30 after workers had begun their New Year’s holiday, and the ratification vote took place on Jan. 8 and Jan. 9.

The company did not report production losses caused by a series of partial strikes that occurred last year.

“The company has experienced significant challenges in 2017, which will continue in 2018,” says Kaher Kazem, president and CEO of GM Korea.

“We are focused on turning our Korean business around, and it is our hope to develop a profitable and sustainable future for GM Korea,” he says in a statement. “We intend to work very closely with all of our key stakeholders to deliver the right plan for a stronger and viable GM Korea.”

Kazem took the helm Sept. 1 at GM Korea and endured continuous disharmony from the workers union, which suspected his mission was to orchestrate withdrawal of GM from Korea.

Kazem met with union leaders, held informational meetings with workers, sent out letters assuring that his goal is to turn the company around and restore profitability.

GM Korea had a dismal sales year in 2017, at least partially caused by rumors its Detroit-based parent company was planning to withdraw from the Korean market. Domestic sales for December tumbled 35.3% to 11,852 vehicles compared with the same period last year. They dropped 26.6% to 132,377 units for the year.

The sales figures do not include GM Korea’s CKD exports, which are a vital part of the company’s business. CKD exports declined 26% in December and 18% for the full year, with 38,234 and 543,665 vehicle kits shipped, respectively.

If CKD kits were included in export calculations, vehicle export numbers for 2017 would total 1.07 million units.

Two vehicles, the Chevrolet Spark minicar and Malibu midsize sedan, accounted for 80,569 of the 97,088 passenger cars that were sold in the domestic market. The Spark sold 47,244 units, a decline of 39.5% compared to last year, while Malibu deliveries dropped 9.1% with 33,325 vehicles sold.

The Trax small CUV accounted for about 70% of all vehicles exported by GM Korea in 2017. It was South Korea’s No.1 export vehicle for 2017, beating out all models exported by rivals Hyundai and Kia.

Neither Hyundai nor Kia have reached new wage agreements with their unions.

The GM Korea settlement was slightly less than the offer tentatively accepted by the Hyundai union on Dec. 19. Hyundai had offered its workers a basic wage increase of 58,000 won ($54), plus three months’ pay and 3 million won ($2,800) as bonuses.

However, workers rejected the offer by a narrow margin of 50.2% on Dec. 23, and the two sides still are working to improve the package.

Kia and its union are maintaining a news blackout on wage negotiations. Kia’s union has held partial strikes on January 5, 8 and 9.

Hyundai Workers Back on Job But Threaten Strike
Jan 03, 2018