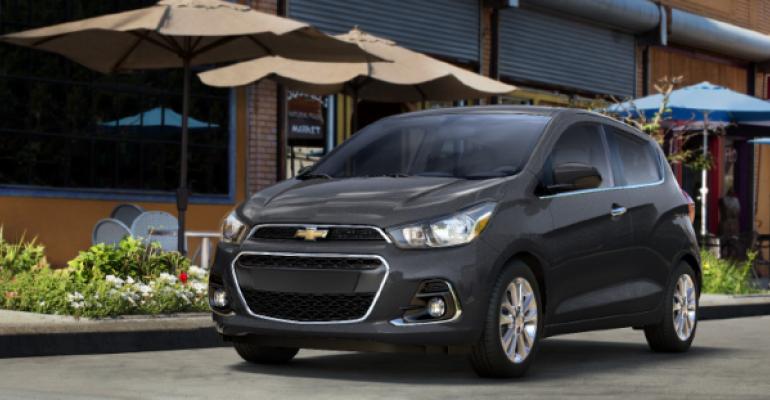 GM Korea President and CEO James Kim says the Korean government and industries must persuade the Trump Admin. to maintain the Korea-U.S. free-trade pact and develop ways to attract more investment from the U.S.

GM Korea President and CEO James Kim is urging the Korean government and industries, including automakers, to join a national effort to make a case before the Trump Admin. for maintaining the Korea-U.S. Free Trade Agreement.

During the 2016 U.S. presidential election campaign, Republican nominee Donald Trump had called the FTA “a job-killing deal that had doubled our trade deficit with South Korea and destroyed nearly 100,000 American jobs.ˮ

Kim presents his views while wearing his other hat as chairman of the American Chamber of Commerce in Korea (AMCHAM), to which he has just been elected to a fourth term.

Kim has met with the editorial board of the Korea Times. He also wrote a column for the English-language newspaper expressing his views on how Korean industrialists, entrepreneurs and the government must jointly present the Trump Admin. with a comprehensive argument for maintaining the Korea-U.S. FTA, as well as developing ways to attract more investment from the U.S.

“The Korea-United States relationship has also been prominently mentioned by President Trump, of which the KORUS FTA and the $23 billion trade deficit has been deemed a ʽnegativeʼ for the United States,“ Kim writes in his column.

“Now is the time for the key stakeholders in Korea to truly sell the value of the KORUS FTA on a factual basis and support the key economic initiatives of President Trump, namely, $1 billion in infrastructure improvements (roads, bridges, airports and tunnels) and bringing back manufacturing jobs to the United States.”

Kim also writes it is the job of the leaders of U.S. multinational companies with Korean operations to be “cheerleaders” for attracting U.S. investment to the country. He includes himself among them as CEO of GM Korea.

“Without their passion for Korea, the headquarters of these companies will look at other options,“ Kim writes. ‟For these reasons, the Korean government must engage and keep these CEOs confident about business opportunities in Korea.”

His advocacy has led Hyundai Motor to rejoin AMCHAM after leaving the organization in 2009. A Hyundai spokesman explains the Korean automaker hopes to benefit from insights into emerging U.S. policy AMCHAM is developing.

Soon after Kim led the charge for widespread cooperation in proactively approaching the Trump Admin., the Korean government began singing the same tune.

Minister of Trade, Industry and Energy Joo Hyung-hwan has formed a government-private sector committee that, among other things, will focus on improving the local automotive industry’s export structure and the best use of trade policies.

The inaugural meeting of the committee held Feb. 7 was attended by Kim in his capacity as CEO of GM Korea.

For all of his stance as a spark plug actively promoting Korea to the Trump Admin., Kim apparently is not willing to express his insights and opinions on U.S.-Korea trade from his perspective as GM Korea CEO.

When asked by WardsAuto to show examples of how GM Korea benefits the U.S. economy, or why American investors should find South Korea attractive for investment, Kim’s chief corporate relations spokesman says the questions ‟are inappropriate for us to answer.”

He goes on to explain Kim has expressed all of his statements promoting the KORUS FTA’s benefits in his capacity as chairman of AMCHAM, and not as CEO of GM Korea.

So Kim can bang the gong loudly in Washington as chairman of AMCHAM and not while wearing his GM hat. He has said the business group“is well positioned to serve as the ideal bridge between the United States and Korea.”