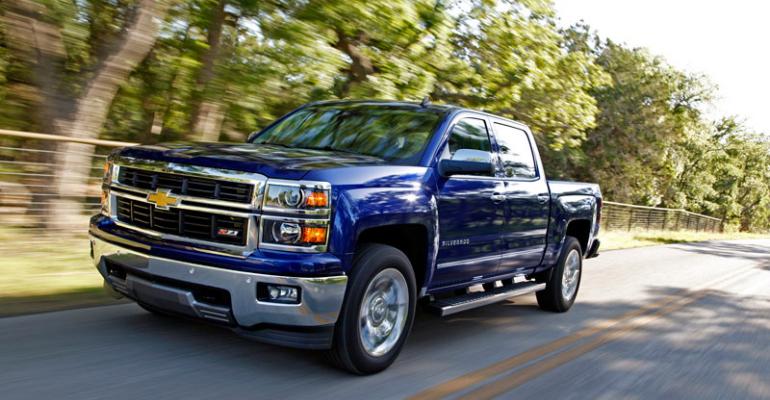 With sales up more than 10% from year-ago, the auto maker is raising its U.S. industry forecast for the year from 15.8 million units to 16 million.

With a strong August on the books, General Motors predicts the industry will deliver more than 16 million vehicles by year’s end, up from previous predictions hovering near 15.8 million.

GM also is looking forward to a sell-down of several aging models as it introduces a new slate of new or refreshed ’14 vehicles, chief among them the Chevrolet and GMC fullsize pickups arriving in dealers soon.

“I think it’s here to stay,” Mustafa Mohatarem, GM’s chief economist, says of the market’s faster-than-expected momentum that has the auto maker revising its 2013 industry forecast. “We were expecting to hit (the current market pace) in the fourth quarter.

“Keep in mind the job stability,” he adds. “People are becoming much more secure in their jobs.”

A strategy to keep ’13 editions of the Chevy Silverado and GMC Sierra pickups in stores until ’14 models arrive continues to hold steady, as GM delivered 43,603 of the former and 18,017 of the latter last month – posting a combined gain from August 2012.

GM’s incentive spending was down slightly from July, but in step with other auto makers, Kurt McNeil, vice president-sales operations, says on a conference call to discuss results. But an uptick in dealer traffic during the Labor Day holiday helped push sales forward, he adds.

For the first eight months, GM light-vehicle sales were running 9.8% ahead of year-ago.