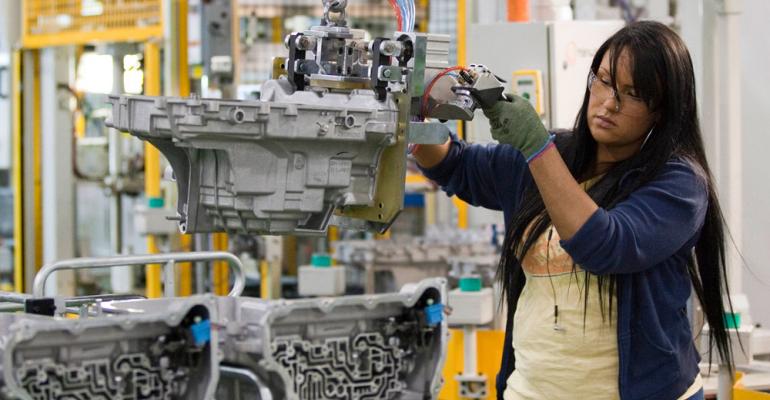 Details today on the 8-speed transmission firm up a due date on the fuel-saving gearbox, which was expected earlier. GM says it will appear in &ldquo;numerous&rdquo; vehicles by the end of 2016.

General Motors today reveals plans to invest $332 million across four U.S. manufacturing sites to meet tightening federal fuel-economy standards with all-new powertrains, including gasoline engines with displacements potentially as low as 1.0L and an 8-speed transmission due in 2016.

The investment will occur at GM sites in Flint, Romulus and Bay City, MI; Bedford, IN; and Toledo, OH.

In addition to the small gasoline engine and 8-speed transmission programs, the outlay also will fund production of a new V-6 engine yet to be detailed and increase output of an existing 6-speed gearbox.

Details on the 8-speed transmission firm up a due date on the fuel-saving gearbox, which was expected earlier. GM says the fuel-saving automatic will appear in “numerous” vehicles by the end of 2016.

“We are investing in technologies and manufacturing capabilities that produce high-quality, fuel-efficient vehicles and components for our customers,” Diana Tremblay, vice president-North American Manufacturing at GM, says in statement announcing the investment.

GM says the new small gasoline Ecotec engine is part of a family of 3- and 4-cyl. variants with displacement ranging between 1.0L and 1.5L with worldwide production expected to reach 2 million annually by the end of the decade.