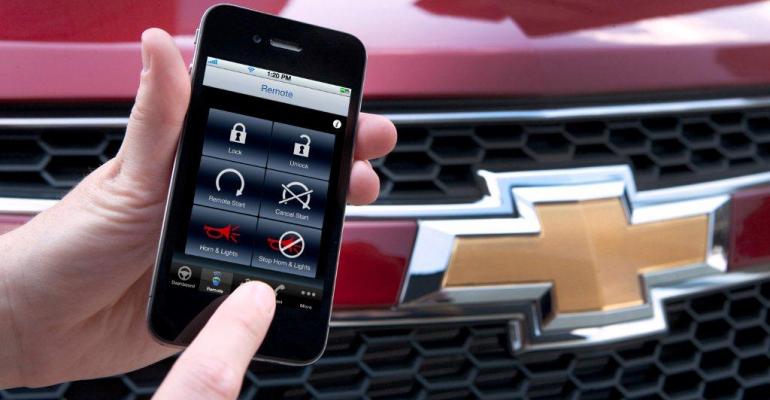 GM President Dan Amman says the automaker&rsquo;s future will rely heavily on a plan to engage customers beyond the vehicle to mobile devices.

General Motors President Dan Ammann says growth in mature markets such as North America and Europe will be modest in the coming years and the automaker intends to make up for the sales-volume weakness by targeting markets where car ownership remains slight.

At the same time, GM will not forego capturing new customers in mature markets, he adds. Focusing on the luxury, large-truck and digital customer relationship, the automaker thinks it can bolster its established business.

The strategy, Ammann tells the investment community during a presentation here today, will result in improved profits and bigger, higher-quality margins.

“The aggregate industry will continue to grow at roughly the rate of global GDP growth,” Ammann predicts. “But the sources of where that growth comes from, we believe, will change.”

While sales volumes in developed markets have been down or flat for the last 15 years, their rebound in the next 15 years will be a relatively weak 9% of global growth, he offers. Even China, the global growth driver for more than a decade, is maturing on a path to 35% growth between 2015 and 2030 after expanding at a clip of 72% between 2000 and 2014.

“We see other growth markets around the world stepping in over the next five, 10 years and becoming the primary sources of growth going forward,” Ammann says. “There is still a very significant chunk of the world population that has yet to own (a) car.”

GM estimates growth markets outside of China will expand at a leading rate of 56% between 2015 and 2030.

“Therefore, we have to figure out how we are going to successfully prosecute those markets going forward,” Ammann says.

“The previous model of pursuing these markets (by) taking old legacy architectures and re-running them out is no longer going to work and we’ve seen evidence of that already,” says Ammann, who shared the first images of a vehicle off the future architecture exclusively with Wall Street analysts.

“Customer preferences and expectations in growth markets have changed fundamentally in just the last few years in relation to safety, technology, fuel economy, connectivity (and) styling.”

“So we must play and we must win in both of these segments,” Ammann says.

GM’s president also says the automaker’s future will rely heavily on a plan to engage customers beyond the vehicle to mobile devices.

“This is a very, very important initiative,” Ammann says, giving the automaker a chance to offer customers services beyond the traditional ownership model. “We need to set ourselves up for a way to engage our customers outside of the car, so when they think about mobility they think about us and we’re right there with them every step of the way.”

Ammann says GM is uniquely positioned to lead the industry in that approach, because it already possess “huge amounts” of vehicle data, a “tremendous dealer network” that provides a base to offer additional services and 7 million connected vehicles on the road.

GM, for example, offers owners for a fee a RemoteLink software application for their mobile phones that gives them access to vehicle diagnostics and remote start. That concept could expand in the future to the car-sharing segment, where users can track and reserve GM vehicles in those programs with their mobile devices.

“That infrastructure is what allows us to build a digital interface (and) have this interaction with customers that is there at all times,” he says.