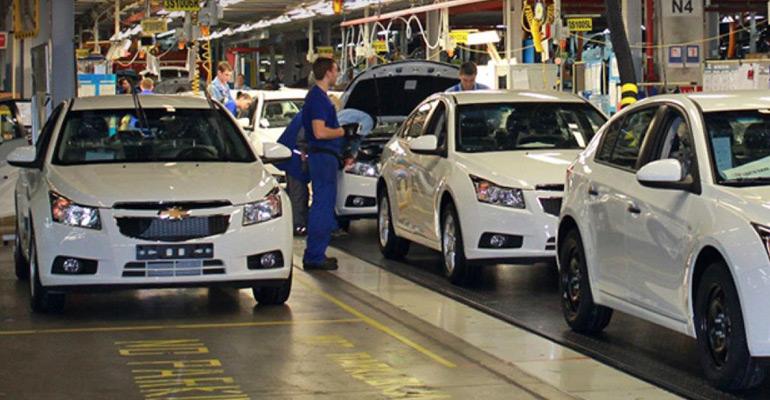 If the plant is sold to Unison, the U.K.-Belarus joint venture says it will resume assembling GM cars including the Chevrolet Tahoe SUV, Cadillac XT5 luxury CUV and Cadillac Escalade SUV.

After more than three years of contemplating the fate of its idle plant near St. Petersburg, Russia, General Motors is finishing negotiations for its sale to potential investors, according to local news reports and city authorities.

Maxim Meixin, chairman of the city’s Municipal Committee for Industrial Policy and Innovation, says a final decision about the future of the plant – which GM shuttered in March 2015 – will be decided at a meeting with representatives of Unison, a contract assembler in the former Soviet republic.

Unison attempted to lease the St. Petersburg-area factory last year, but a final agreement could not be reached. If the plant is sold to Unison, the JV says it will resume assembling GM cars including the Chevrolet Tahoe SUV, Cadillac XT5 luxury CUV and Cadillac Escalade SUV.

The plant also may assemble cars for Chinese automaker Zоtye, and Unison has said electric cars for an unidentified automaker may be built there as well.

Production volumes have not been disclosed but reportedly will be at least 30,000 units a year.

GM has invested an estimated $300 million in the Shushary plant near St. Petersburg. Annual production capacity is 100,000 units, but Russian industry sources say the enterprise could be stable and profitable with volume of 50,000-60,000 units.

Other bidders for the plant include BMW and GM Uzbekistan.

GM Russia officials were not available for comment. The company has said it continues to concentrate on sales of imported Cadillacs in Russia.

Russian Ministry of Industry and Trade analysts believe the production of both Cadillac and Chevrolet utility vehicles could be economically beneficial due to traditionally high demand for such models and consumers’ rising purchasing power.