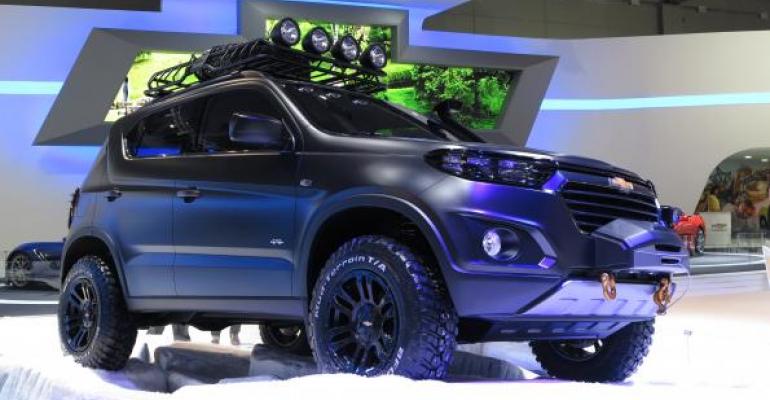 Shifts at Togliatti will be reduced from two to one while retaining a 5-day workweek, and reorganization of jobs will allow production-line speed to be doubled. There are no plans for layoffs; the plant will continue to employ about 1,400 people. &nbsp;

The JV will reduce the number of shifts from two to one at its plant in Tolgliatti while retaining a 5-day workweek. Technological improvements of production lines and reorganization of jobs will allow production-line speed to be doubled.

Despite the ongoing crisis in the Russian auto market, there are no plans for layoffs; the plant will continue to employ about 1,400 people.

According to GM-AvtoVAZ, these moves are designed to significantly reduce production costs and increase plant capacity.

According to Association of European Business data, sales of Togliatti-built Chevrolet Niva small SUVs in Russia in 2015 fell almost 28% to 31,367 units.

This year the JV hopes domestic sales partially will recover. As part of that strategy, GM-AvtoVAZ resumed its participation in the government-sponsored scrappage scheme launched several years ago that allows Russian customers to purchase Nivas at significant discounts.

The JV intends these measures avoid further price increase. pprices for its Russian models will start at RR 495,000 (US$6,500), unchanged from 2014.

GM-AvtoVAZ also plans to increase exports, mostly to Commonwealth of Independent States countries including the major markets of Kazakhstan and Azerbaijan. However, export volumes totaled just 2,374 units in 2015, down 40% from prior-year. As in Russia, this decline reflected the deteriorating economy throughout much of the CIS region.

Despite Russia’s depressed economy, GM-AvtoVAZ plans to proceed with developing one of its most ambitious projects of recent years: a new-generation Niva. Details are expected to be announced already in this year’s second or third quarter.

GM-AvtoVAZ and some Russian banks are negotiating loans for resuming construction of a new plant in Togliatti dedicated to production of the new-gen Niva. Work began in 2013 but was suspended last YEAR amid the financial crisis in Russia and devaluation of the ruble as a consequence of Western economic sanctions.

Russian-Made PSA Engine Under Hood of Next Chevrolet Niva
Jul 01, 2013