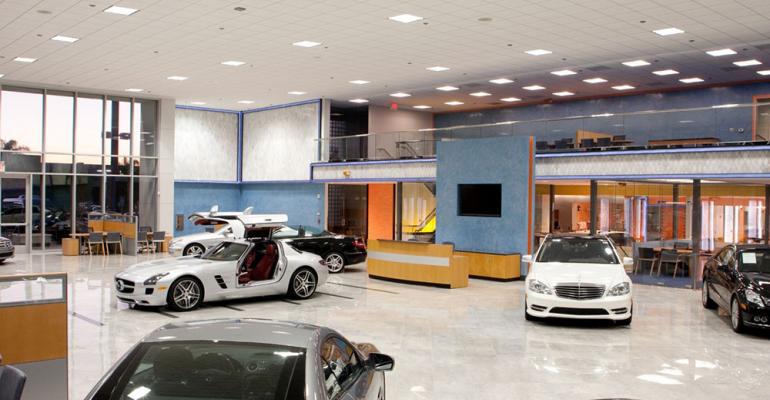 Global Sales to Continue Rise, But Some Concerns in Outlook on U.S.

NEW ORLEANS – Global auto sales will grow in 2014, with all major regions increasing volume, but there are some trends worth keeping a cautious eye on in the U.S., says forecaster J.D. Power.

Sales in North America should rise 4% this year, with South America up 2%, Europe rebounding with a 3% gain and Asia growing 6%, Thomas King, senior director-consulting and analytics for Power, says at the firm’s 2014 International Automotive Roundtable here.

The U.S. should see retail sales grow to 13.3 million units this year. That’s a gain of 500,000 vehicles from 2013, King tells auto dealers, but notes it is half the growth posted last year.

Competition has never been tougher, he says, pointing to rising industry averages overall in his company’s ratings on product appeal, initial quality and dependability.

“So this is an intensely competitive environment, and it will be more difficult to conquest customers,” King says.

On the plus side, domestic-brand dealers will see an increasing lease activity this year, he says. Returning lessees should top 700,000, more than double 2013’s 300,000, a low point fueled by the 2009 recession that saw leasing activity curtailed.

Import leasing should remain fairly flat, at about 1.5 million returnees this year, compared with 1.4 million in 2013.

Rising inventories are another concern in the U.S., because analysts are wary the industry may begin to increase incentives and erode profitability.

But King is cautiously optimistic, saying inventory levels remain below historic highs, and the recent increases may be more about automakers struggling to get the production formula right in a market that has seen stark swings in demand in such segments as subcompact and midsize cars.

“It’s harder to plan production when the market is so volatile, and manufacturers are wrestling with this.”

So far, automakers remain fairly consistent on incentives, King says, forecasting spiffs to hover near 2013 levels this year at 8.6% of the manufacturer’s suggested retail price. That’s up from 8.3% in 2011 but below 2008’s 9.8%.

“This is a true accomplishment of the industry in right-sizing production,” King says.

Another concern is the rising length of loans, with 72-month terms now common. King says 30% of loans were for 72 months or longer, up from 23% in 2008, and he sees that increasing slightly this year.

“That’s a long time,” says BMW North America CEO Ludwig Willisch, who also spoke at the conference here. ‘We don’t have such loans, and I don’t think it’s very wise to put these out.”

King cites interest rates as another trend to watch. A point rise could cost the industry up to 300,000 sales in the U.S., he says, or about $8 billion of the expected record $396 billion in revenues this year.

But any negative impact could be offset by the overall improvement in the economy, and automakers have room in their pricing margins to keep any interest-rate increase from scaring off potential buyers, he says.