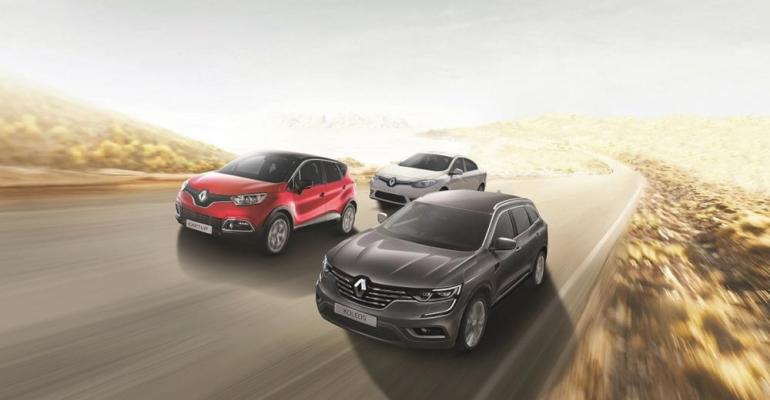 Nissan’s decision to enlist the Tokyo District Public Prosecutor’s Office before giving ex-Chairman Carlos Ghosn due process inside Nissan – i.e., confronting him with allegations of financial misconduct – could have long-term consequences for the alliance.

Potentially the most significant “on-the-record” comment involving the Carlos Ghosn saga was by Osamu Masuko, CEO of Mitsubishi Motors.

Masuko is interim chairman of Mitsubishi, having replaced Ghosn following Ghosn’s arrest and removal from Mitsubishi’s board of directors in late November. He told reporters he doesn’t think there is “anyone else on earth other than Ghosn who could run Renault, Nissan and Mitsubishi” – known collectively as the alliance.

If Masuko is right, Nissan’s decision to enlist the Tokyo District Public Prosecutor’s Office before giving Ghosn due process inside Nissan – i.e., confronting him with allegations of financial misconduct – could have long-term consequences for the alliance.

Nissan, Renault and Mitsubishi now rank as the world’s third-largest automotive group behind the Volkswagen and Toyota groups, with sales on target to reach 9.2 million units in 2018.

Yet Nissan’s business fortunes have declined, lending credence to media reports that Ghosn (below, left) was planning to shake up management at the Yokohama-based automaker prior to his Nov. 19 arrest and incarceration.

While still profitable, Nissan’s earnings nevertheless hit a four-year low in fiscal 2017 and, if the first-half fiscal 2018 trend continues through March, the end of the current fiscal year, the automaker could register its worst results in more than a decade.

Nissan reported first-half earnings of ¥212.1 billion ($1.9 billion) as its operating margin fell to 3.8%, the lowest level since the recession in 2008 and lower than Toyota, Honda, Suzuki,  Mitsubishi and Renault.

In North America, where the automaker generated 50% of record global earnings in fiscal 2015 and where it operates five large assembly plants in the U.S. and Mexico, earnings tumbled from a record ¥399.1 billion ($3.5 billion) to ¥200.1 billion ($1.8 billion) and are down again this year.

In Europe, Nissan is losing money.

In its home market of Japan, the automaker ranks fifth in sales behind Toyota, Honda, Suzuki and Daihatsu. Nissan’s market share of slightly below 12% has remained largely unchanged over the past 10 years. But counting the 0.66L minicars jointly produced with Mitsubishi, it has fallen below 10%.

Analyst Chris Richter, one of the most outspoken critics of Nissan’s handling of the Ghosn firing, believes the automaker “has focused too much on scale and cost-saving and not enough on the brand.

“Being big and having scale has its advantages, especially now that people have to invest in a lot of new automotive technologies such as electrification and autonomous ‘connected’ cars,” he says, “But still you have to protect your brand and make cars that people want and that are differentiated. 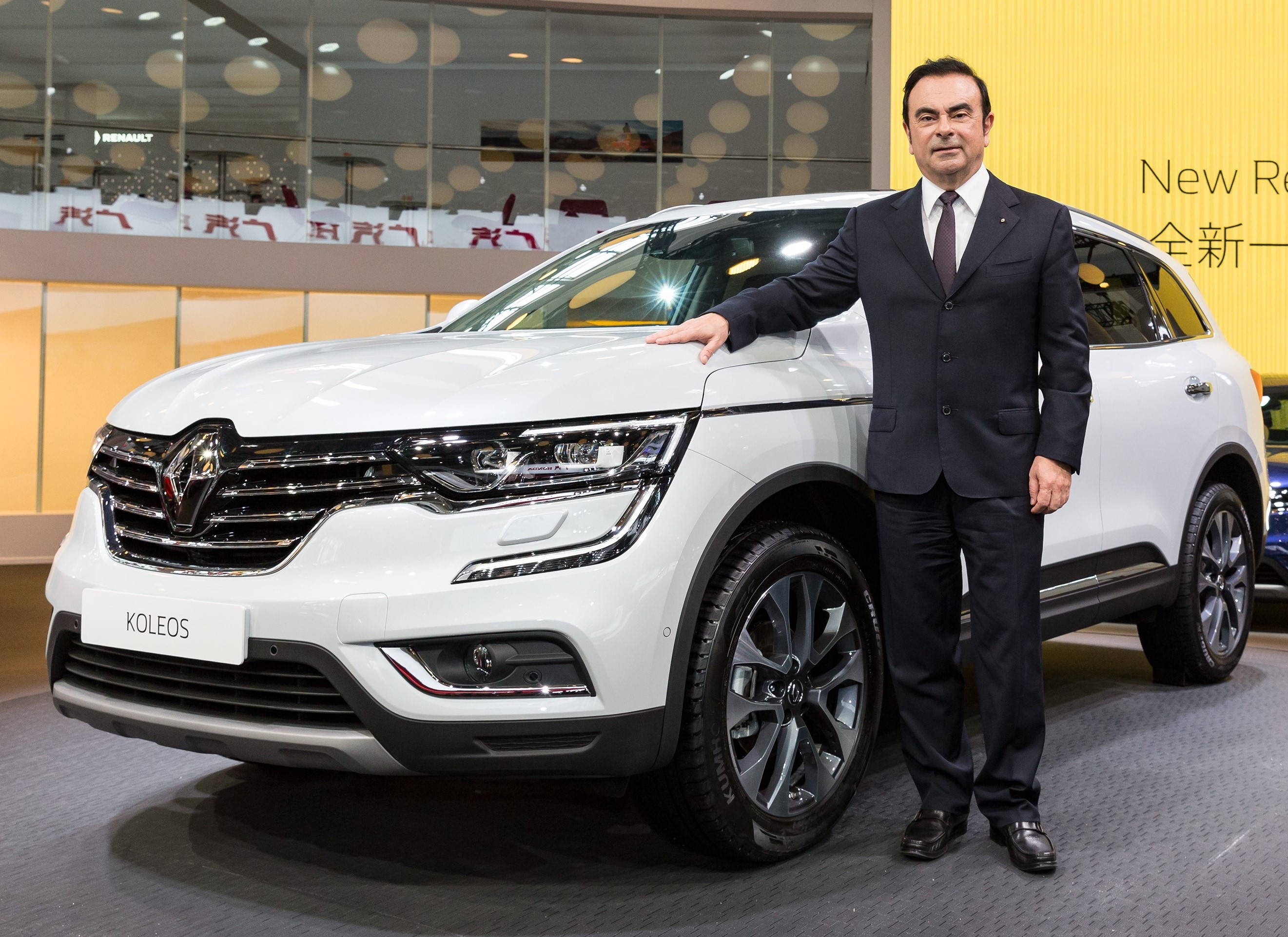 “That is a big part of the management responsibility, both under (Nissan CEO Hiroto) Saikawa and previously under Ghosn.” Ghosn was fired as Nissan and Mitsubishi chairman following his arrest.

For this reason, Richter, who is deputy head of Japan research at CLSA, warns the current controversy surrounding Ghosn’s ouster “is a huge management distraction because it takes Nissan’s eye off the ball of focusing on selling product and making money,” adding, “This clearly has become a power struggle.”

Richter is referring to the future of the alliance and specifically who will call the shots at Nissan going forward.

“The desire of some executives inside Nissan to assert their power (the Japanese business press identifies Saikawa as the leader) and basically undermine the rights of the owners of the company, Renault, are very damaging to anybody who wants to invest in Japan.”

Note it was Renault, which holds a 43% equity stake in Nissan, that extended the Japanese automaker a financial lifeline when it was on the verge of bankruptcy in 1999.

The consensus among industry observers is that Nissan wants to renegotiate its cross-shareholding arrangement and power structure with Renault. Nissan holds a 15% stake in the French automotive group. And thanks to Ghosn’s personal relationship with Masuko, it owns 34% of Mitsubishi.

So two questions must be asked: Can the scandal damage Nissan or the alliance? And what is the future of the alliance? To the first, the answer is yes. To the second, it’s unclear.

That Renault still hasn’t fired Ghosn, four weeks after his arrest, may be problematic. While both Nissan and Mitsubishi have removed him from their boards, Ghosn remains CEO of Renault, effectively leaving the automaker headless.

As for Nissan, analyst Takaki Nakanishi, president of Nakanishi Research Institute, warns Nissan will have to find a way to restore trust if it wants to continue working with Renault.

Saikawa, as CEO, took Ghosn off the board, both figuratively and literally, without consulting Renault or even Nissan’s full board of directors. And media reports indicate Nissan wants to limit Renault’s power to nominate future directors.

Nakanishi characterizes the sequence of events leading up to Ghosn’s ouster as an attempt to “re-Japanize” Nissan.

A fourth option is that both companies forge new alliances – perhaps with Ford, Volkswagen, Peugeot or even Hyundai.

“Nissan has excellent engineers, but its management capability is not very good,” Nakanishi contends, adding he is “not optimistic about Nissan’s future if it can’t reach some sort of agreement with Renault…They will have a rough road.”

Having followed the Nissan story dating back to “B.C.” (Before Carlos) when some inside the Japanese automaker were trying to align with Daimler, not Renault, I am not optimistic either.

Roger Schreffler is a veteran business journalist and WardsAuto correspondent who has covered the Japanese auto industry since the 1970s. He has followed all of the major automotive joint ventures dating back more than 30 years including the Renault-Nissan Alliance. Prior to beginning his career in journalism, he studied Japanese history and politics at the University of Pennsylvania.