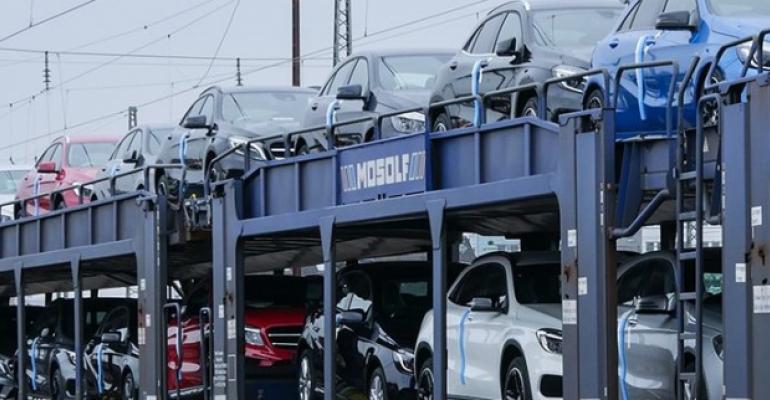 Jörg Mosolf promises to cut the shipping time to China for German-built cars in half by using a trade route first traveled more than 700 years ago.

“We hope to start rail shipments in the first half of 2019,” Mosolf tells Wards.

The group has no customers yet, but “We are in intensive talks with various car companies,” he says.

Mosolf says in a news release this kind of initiative is only just beginning to attract Europe’s attention.

“Europeans have certainly neglected the New Silk Road for far too long, but the issue is now coming more and more to the fore,” he says.

The original Silk Road ran between China and the West during the days of the Roman Empire. Merchant and explorer Marco Polo popularized the route in a book published around 1300 A.D. that describes his adventures along the Silk Road. The route brought Chinese silk to the west and took the first carrots to China.

Its resurrection, announced by Chinese President Xi Jinping and backed by a $900 billion plan, covers land and maritime routes.

In preparation for his plan to use the 5,974-mile (9,559-km) land freight connection to China, Mosolf Group is building hubs at Łódź in Poland and Chengdu in central China.

The number of railway connections between Europe and China is increasing. Along with the Łódź-Chengdu route, another new service travels through Manzhouli in Inner Mongolia and runs between the northeastern Chinese city of Changchun and Hamburg, Germany.

“We are in the process of establishing a wholly owned subsidiary by the first quarter of 2019,” the CEO says. “We will then be in a position to organize the pre- and post-carriage from the factories, whether in China or Europe. To this end, we offer all the modes of transport that also belong to us.”

Mosolf says countries and regions along the New Silk Road that often fall through the Western investment grid for political or economic reasons will gain an opportunity to participate in trade flows.

“They gain access to new markets and can use an existing transport network,” he says. “Companies will settle in the regions and expertise will increase. Overall, economic prosperity along the New Silk Road will certainly increase.”