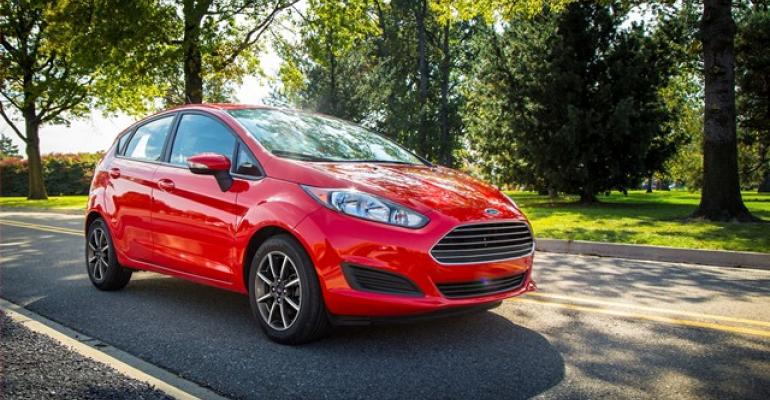 Ford is resonating among Generation Z, the youngest demographic currently in the market for a vehicle, according to a new study commissioned by the automaker.

MartizCX, a software and research company, polled 1,061 members of Gen Z, the group defined as ages 21 and younger, and found Ford tops the list of vehicles most considered, at 8.2%, ahead of Toyota with 7.2% and Chevrolet with 6.4%.

Fuel economy ranked tops among purchase considerations by respondents, followed by their current vehicle becoming too old and repairs too costly.

“Making decisions based on fuel economy and value explains why these buyers tend to shop brands like Ford, which builds vehicles that prioritize these attributes,” says Chris Travell, MartizCX vice president-strategic consulting.

CUV deliveries have been soaring in recent years in the U.S., but Gen Z buyers prefer less-costly passenger cars, the study finds.

Four of the top five vehicles coveted by Gen Z buyers were cars, with compact cars such as the Ford Focus at 41.1%, followed by midsize sedans at 14.7% and subcompact models at 11.6%.

Cars accounted for 32% of vehicles purchased in the U.S. last year, with the remainder made up of utility vehicles and pickup trucks.

“The youngest new-vehicle buyers tend to have less money than older folks, so it’s no surprise they overwhelmingly shop cars rather than more expensive utilities or trucks,” Travell says. “Gen Z shoppers are driven largely by financial constraints, and car-segment offerings tend to be most affordable.”

Not all millennial consumers, largely coveted today by automakers, align closely with Gen Z in terms of buying preferences, the study finds.

Gen Zs make up only a small percentage of vehicle buyers. But globally they represent 2 billion people, 21% of the world’s population and 25% of the U.S. population. By 2020, their purchasing power will be more than $3.2 trillion annually, the study says.