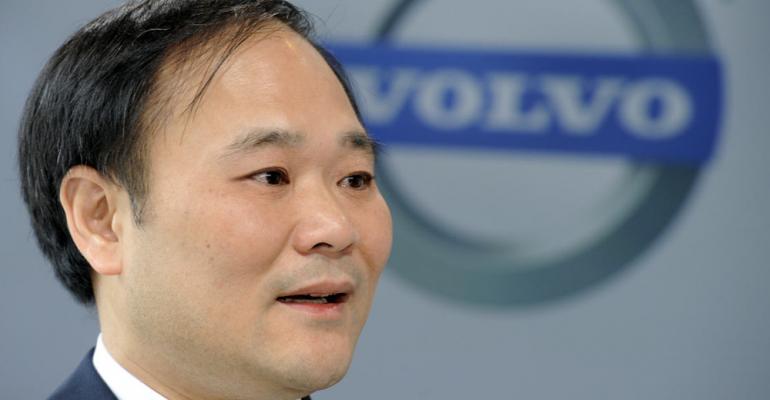 Geely&rsquo;s top executive in Sweden counters some Western notions of the automaker as a stereotypical Chinese investor seeking intellectual property for use back in Asia.

GENEVA – Chinese automaker Geely saved Volvo in 2010, buying the on-the-rocks Swedish automaker from Ford for $1.8 billion, but speculation persists whether the acquisition will amount to a corporate raid.

Not in this case, Geely’s top executive in Sweden says, countering some Western notions of the automaker as a stereotypical Chinese investor seeking intellectual property for use back in Asia and looking to move production to a lower-cost country.

“It’s natural, based on the mystique created around communist China and the strange behaviors of Chinese businesspeople,” says Xiaolin Yuan, a former mergers and acquisitions executive for BP Global who joined Geely to seal the deal with Ford.

Yuan now serves as head of the chairman’s office in Gothenberg, working as an intermediary between Geely Chairman Li Shufu and Volvo management.

“But (Li) is a very straightforward businessman with a keen interest in autos, simple as that,” Yuan tells WardsAuto in an interview at the Geneva auto show, where Volvo unveils its Concept Estate CUV.

Li launched Geely in 1986 and the company rose to become the No.2 private automaker in China. His acquisition of Volvo marked the largest purchase of a foreign automaker in the Chinese automobile industry, but met with skepticism in the West.

Fast forward to 2014 and Volvo later this year in China will begin production of vehicles at a second assembly plant. A third manufacturing site there builds engines. Volvo’s 52-year-old assembly plant in Torslanda, Sweden, continues to pump out cars and CUVs, and last year Geely and Volvo opened a new R&D facility in Gothenberg.

Volvo returned to profitability in 2013 on the strength of new models released under Geely, and in February it reported its eighth straight increase in global monthly sales.

Yuan says Volvo’s renaissance has come under a traditional corporate governance structure, where Li and other Geely board members debate business strategy and make material business decisions. Volvo management in Sweden carries out those directions and manages day-to-day business.

“This is very simple and straightforward,” Yuan says. “People may not believe it, but if it were not the case we’d never have been able to come this far.”

As a veteran of the M&A world, Yuan says he sometimes shakes his head at how smoothly Volvo’s extraction from 10-year-owner Ford and its 4-year integration into Geely has gone.

“It is challenging for mature companies in mature markets to do things together. There are so many examples of how difficult it is and how it ends up in misery,” he says. “R&D, manufacturing, procurement, distribution…we’ve had no disruptions.”

Volvo recently shifted to a 4-cyl. engine strategy across its entire lineup and the powertrains are designed to accommodate electrification, two key decisions targeting the Chinese market. Yuan says buyers there are maturing, too, which gives legs to Volvo’s rich tradition of safety leadership.

“People were focused first on car ownership; now they are thinking about their families. People are paying more attention to health and safety,” he says.

Due to the poor air quality in China’s big cities, Volvo’s cabin filtration system rates particularly high, Yuan says. “They close the door to their car, take a breath, and they are in Sweden.”