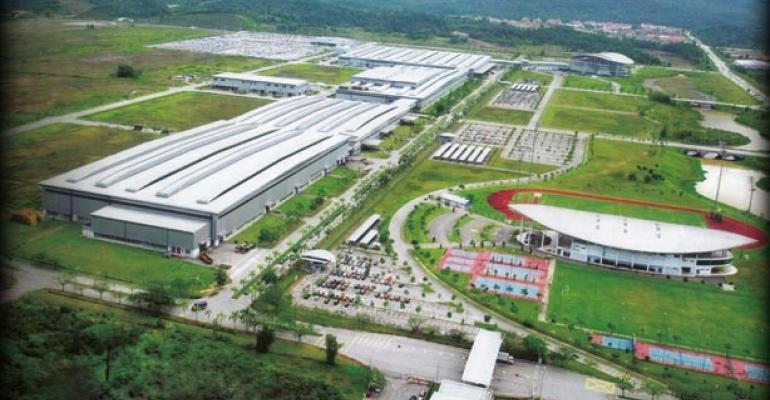 Speaking at the signing of the definitive agreement for China’s Zhejiang Geely Holding Group to take 49.9% equity in Proton, Najib says the deal will lift Proton to new levels of success and a secure future.

“With the benefit of Geely’s technology and expertise, Proton is now admirably prepared for the challenges ahead,” he says, adding the automaker can do so without government handouts.

At the signing ceremony, DRB-Hicom, previously the 100% owner of Proton and its U.K. subsidiary Lotus, sold its entire stake in sports-car builder Lotus to Geely and Etika Automotive, saying this allows Proton to focus on conventional cars.

“Their success with Volvo and the London Taxi Company, and of course their own Geely marque, shows their capability both as a bona fide carmaker and as a partner,” Faisal says in a statement. “With (Geely) on board, Proton can now eye the huge ASEAN passenger car market with renewed confidence,” he says.

But Faisal says the immediate focus is to reclaim Proton’s position as Malaysia’s best-selling car: “Proton’s status as a national car is secure, with DRB-Hicom still a majority shareholder. “Proton now will focus their efforts with Geely to gain market share domestically. With the joint capabilities of both companies, I am positive that we will be able to impact the market, by coming out with products that meet market preferences in terms of design and quality.”

Faisal says the agreement with Geely has seven strategic areas of collaboration, including: