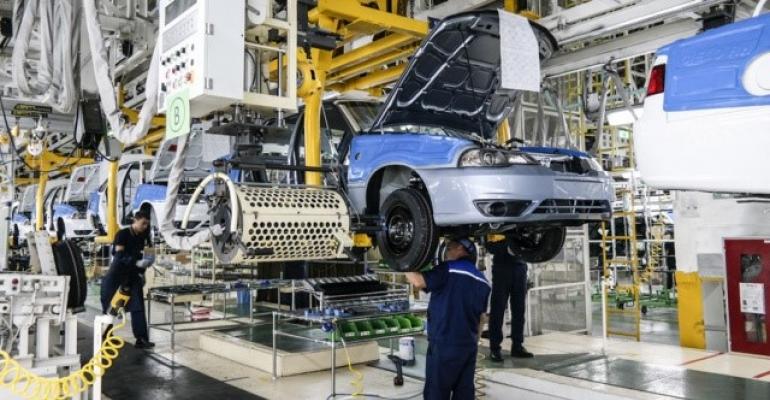 If the vehicles sell in sufficient numbers, the government-owned automaker will invest between $1 billion and $2 billion in the production of each model, Shukhrat Mirsamukov, UzAuto’s sales chief, tells Uzbek media.

The Chevrolet-branded vehicles likely would be built at the 8,000-employee Asaka plant, which has an annual capacity of 250,000 units.

UzAuto plans to add the new-generation Chevrolet Tracker, Onix subcompact and possibly other budget-priced cars to Asaka’s production schedule at an undetermined date.

These models likely would be built on a single platform and priced between $10,000 and $15,000. The plant may also manufacture electric vehicles.

Production of four sedans currently built at Asaka – the Chevrolet Spark, Cobalt, Gentra/Lacetti and Nexia, the latter being Uzbekistan’s best-selling car in 2019 – would be phased out by 2023.

UzAuto intends to export a significant share of the new range of Chevrolet vehicles. The automaker’s current major markets are Russia, Ukraine and other former Soviet states including Kazakhstan, Tajikistan, Belarus and Azerbaijan, as well as Afghanistan and some Middle Eastern and African countries.

The automaker exported 100,000 units in 2019, up 280% year-over-year. Besides cars, it exports commercial vehicles, buses, stampings and other components.

GM Uzbekistan was founded in 1992 by the Uzbek government and South Korean automaker Daewoo and initially was known as Uz-DaewooAuto. Production launched in 1996 at the new Asaka plant. Following Daewoo’s acquisition by GM, the JV was renamed GM Uzbekistan in 2008 and continued building Uz-Daewoo-branded vehicles until 2015. Those models now are sold as Chevrolets.

Nodir Otazhonov, a former deputy prime minister of Uzbekistan, has said UzAuto has not ruled out the possibility of establishing production outside the country. The automaker has been in talks with GM over the St. Petersburg assembly plant, which closed in March 2015, but has not made a formal offer.

Negotiations over that plant with contract assembler Unison, a Belarus-U.K. joint venture, have stalled. Hyundai announced last summer it was interested in acquiring the former GM Russia factory.